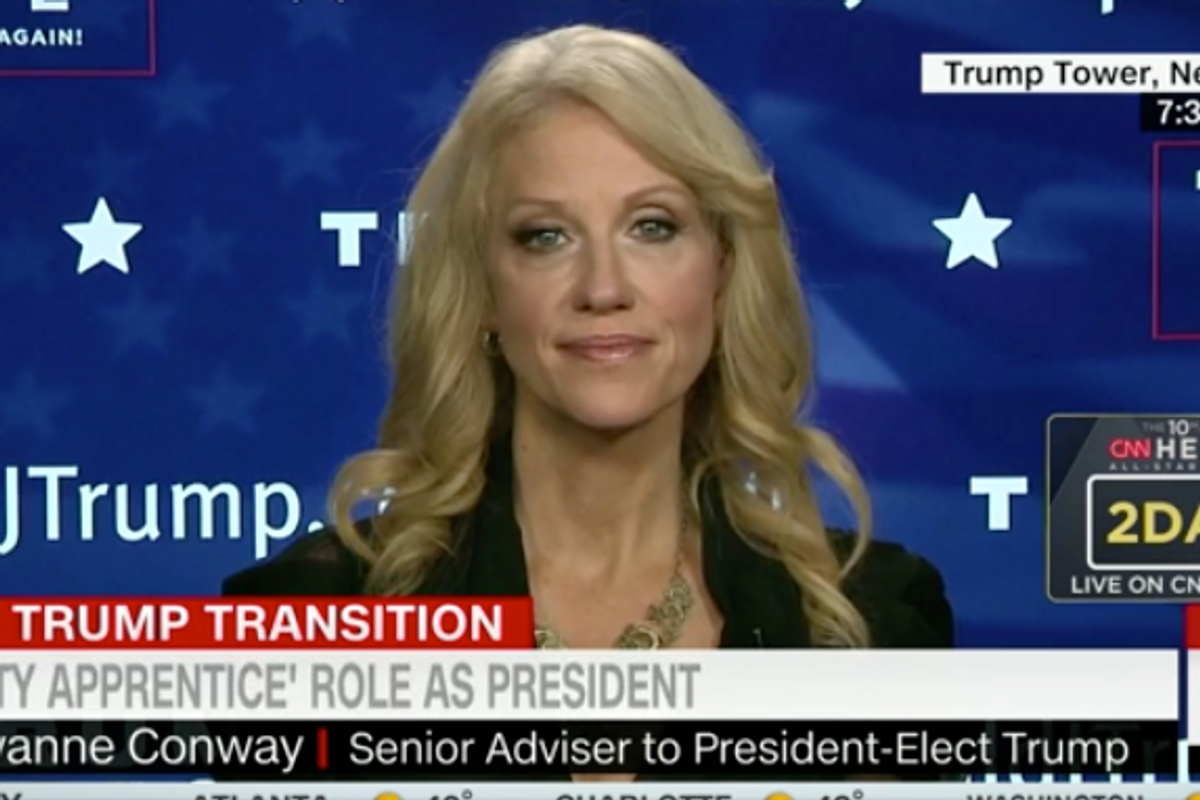 Like the kid at school you just can't stomach but whose rich parents always gives them treats to share, TMZ has once again come through with the juice from Kellyanne Conway.

After their trademark fawning ("Kellyanne you always look beautiful, what's your secret?") the TMZ cameraman significantly thaws Kellyanne's icy exterior to get to what's really important: her thoughts on Kate McKinnon's impression of her on SNL.

Much to all of our surprise Kellyanne responds that she finds it "charming" and then takes it one step further, revealing she particularly loves "Kellyanne Conway's day off".

This is what she's talking about:

In the sketch, Kellyanne is called in to comment on many Donald Trump scandals during her day off and succeeds in somehow dodging every single question.

Finally, when interrupted by yet another Trump faux pas during a romantic bathtub session with her husband Kellyanne cracks.

"That's I want," the anchor responds, because indeed it is what we all want.

Hey so that's it, folks. That's Kellyanne's favorite of all the SNL parodies. We can only interpret this choice as a cry for help.