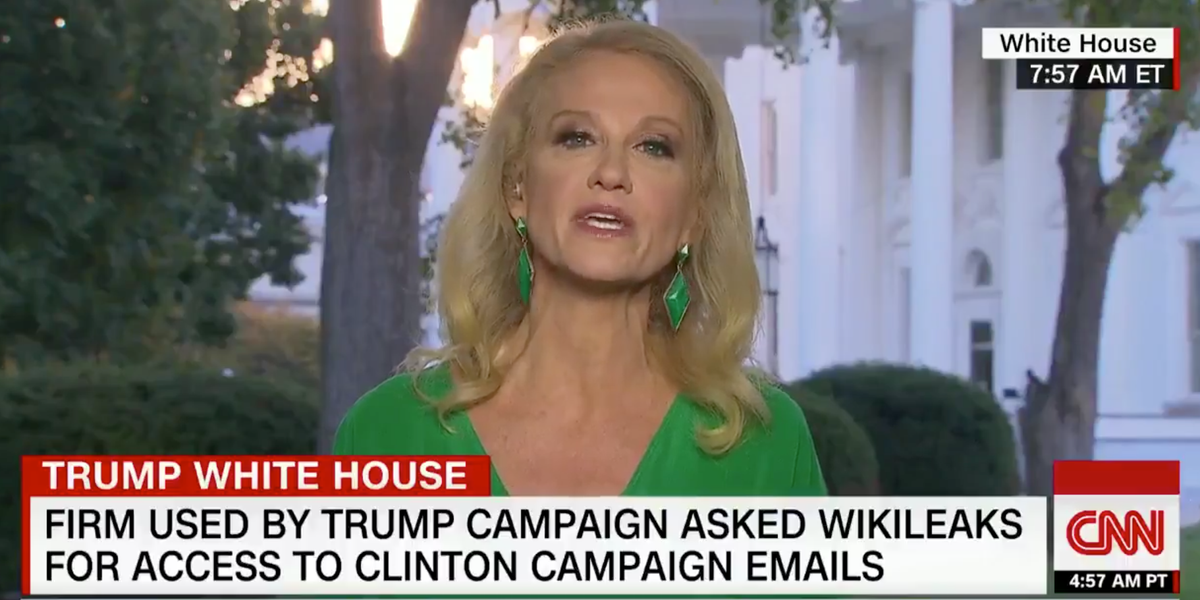 It's been a wild year for Kellyanne Conway and the rest of the world, and while that has manifested for us in different ways (weight gain/loss or lack of libido), Kellyanne Conway instead seems to have well and truly lost the plot.

It's been a hot minute since we've seen Kellyanne at the forefront of the press saying something ignorant and/or offensive to rationalize Trump's ignorance and/or offensiveness or kneeling barefoot on an Oval Office couch, but she's back. In a full grass green look, Kellyanne stood outside the White House to explain to CNN about how on earth Trump beat Hillary Clinton in the 2016 election fairly and honestly, but this time had an unexpected visitor.

"God, I hope that's a squirrel and not a rat," Conway said, pausing her interview with New Day's Alisyn Camerota. "Hi, squirrel."

Does this indicate there are rats at the White House? Does Kellyanne Conway seek the company of furry friends in the stead of meaningful connection with coworkers? Did her stylist coordinate her outfit with her outdoor setting?

Most importantly — is Kellyanne Conway okay?