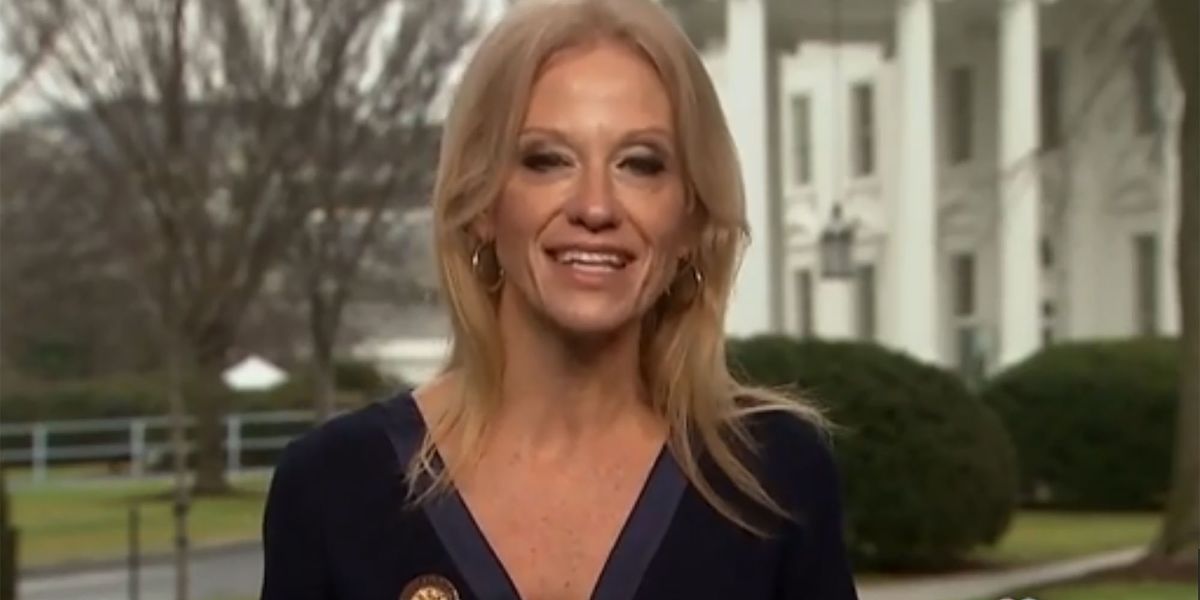 Hope you didn't think Trump's inauguration was the last you were going to see of WASP Barbie left in the sun too long, Kellyanne Conway! Last night details emerged that Her Newsworthiness Kellyanne was witnessed throwing punches at Trump's Inaugural Liberty Ball on Friday.

Allegedly shortly after Melania and Donald Trump shared their first, very awkward dance, Fox Business's Charlie Gasparino saw Kellyanne step into a brawl between two men in tuxes to get a few hits in.

"...inside the ball we see a fight between two guys in tuxes and then suddenly out of nowhere came trump adviser Kellyanne Conway who began throwing some mean punches at one of the guys," Gasparino wrote on his Facebook page.

"Whole thing lasted a few mins no one was hurt except maybe the dude she smacked. Now I know why Trump hired her."

While this all sounds too perfect to be true, remember, when it comes to the the Trump administration, you can probably believe everything you read.

Unless of course, they're 'alternative facts'.