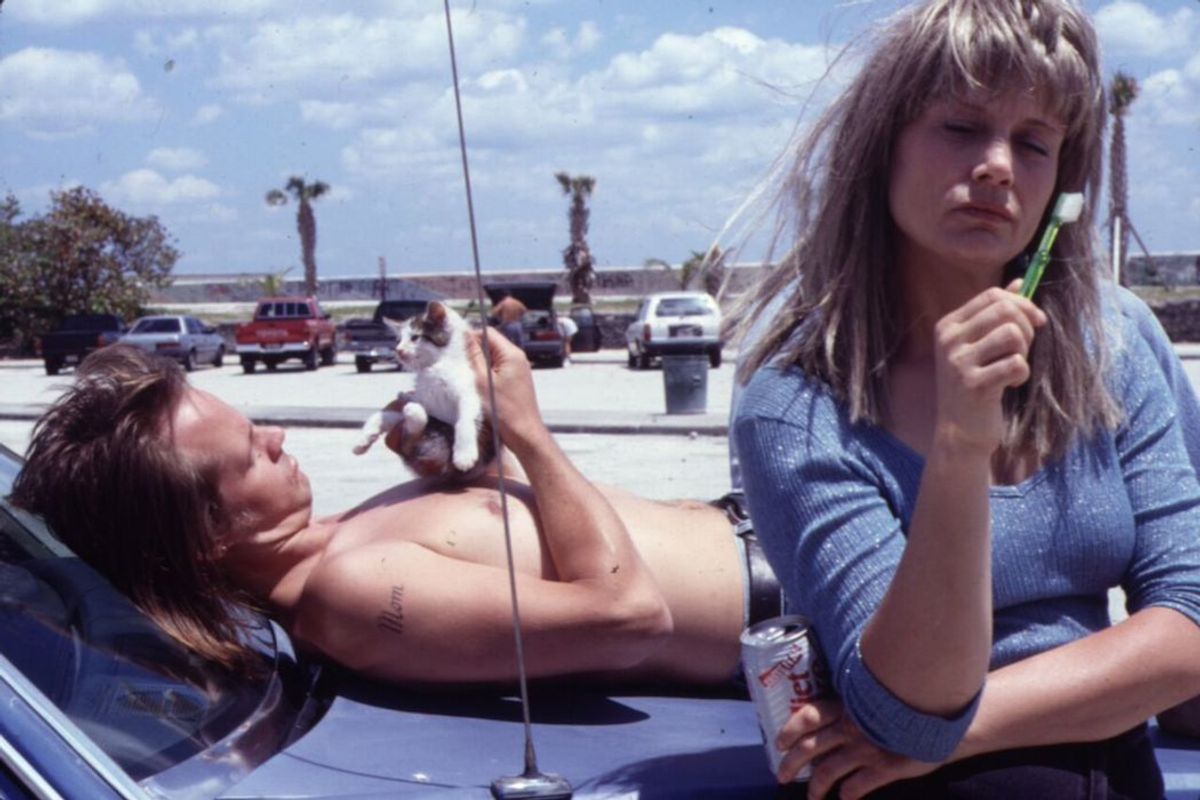 American minimalist master Kelly Reichardt released her debut film River of Grass in 1994. It was immediately acclaimed upon arriving at the Sundance Film Festival, where it was nominated for the Grand Jury Prize, and earned raves from PAPER, the Village Voice's J Hoberman, and the Boston Globe. The film has been out of circulation for a very long time, but Oscilloscope Laboratories is bringing it back this Spring, including a screening at Sundance and a theatrical re-release in March. To celebrate, PAPER has the exclusive premiere of the trailer for the release, which you can watch above.

A noirish tale of a couple that goes on the run after mistakenly believing they've committed a murder, it's a bit more plot-heavy than the quiet character explorations of Old Joy or Wendy and Lucy, but still filled with the type of meditative shots that only Reichardt can dream up.

"It's really a mixed bag to me that O-Scope has decided to re-release River of Grass. When Oscilloscope puts a film out, they do it with such care and consideration. It's amazing to have that sort of support and creativity at work on a film release," Reichardt told PAPER. "The trailer they made and the art work has all been amazing. As for the film itself — I of course have a mixture of feelings about a work done 22 years ago. I'm not really one for looking back that far."

In addition to the completely restored re-release, Reichardt will premiere her new film Certain Women, an adaptation of Maile Meloy's stories starring Laura Dern, Kristen Stewart and Michelle Williams, at Sundance next month.