Kelly Cutrone and Andrew Mukamal: One and the Same? 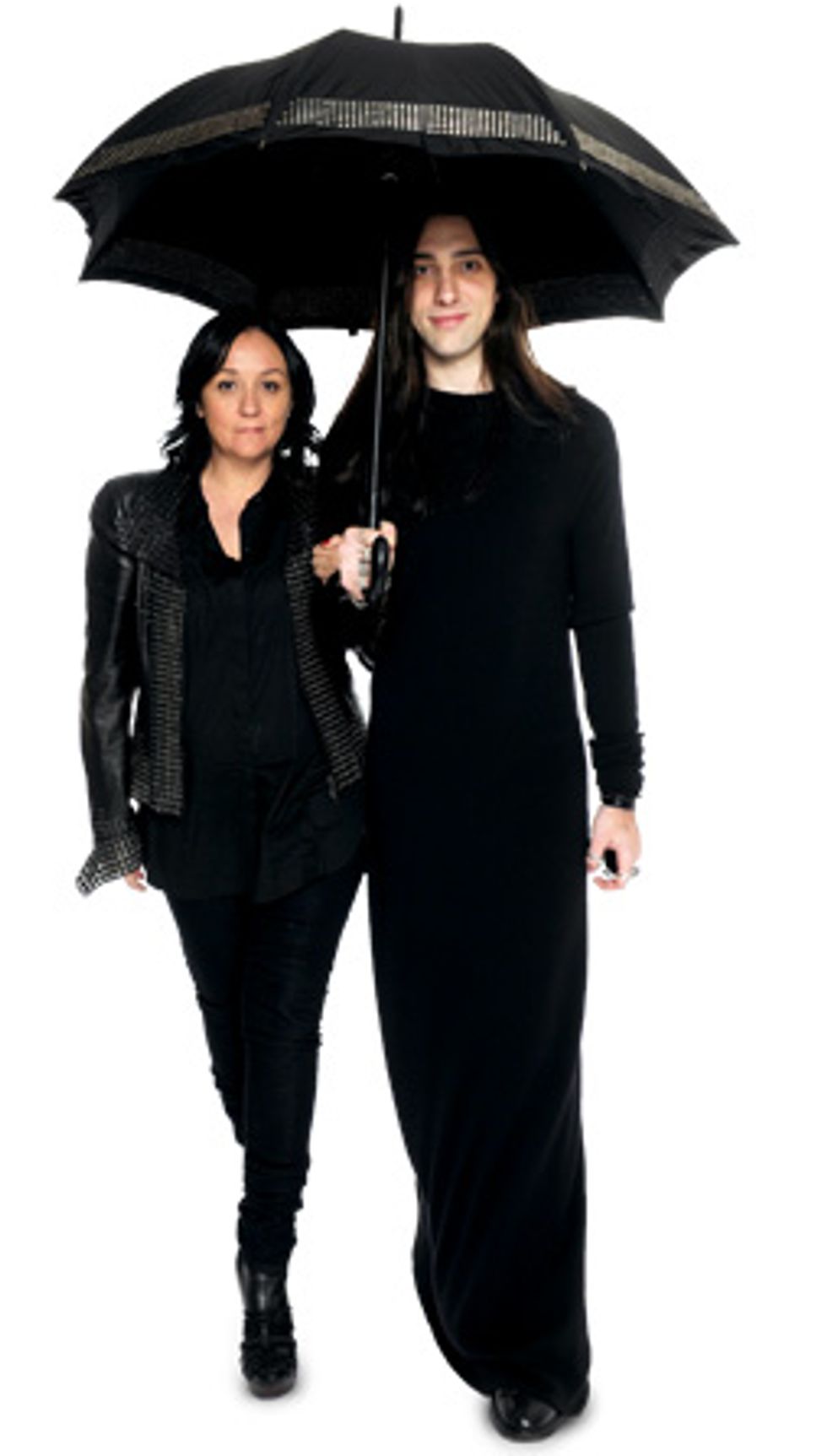 Last night marked the premiere of Bravo's latest magnum opus, Kell on Earth, a sassier Hills-esque show documenting the day-to-day happenings at Kelly Cutrone's renowned PR firm People's Revolution. After a long night of work, I somewhat anxiously but nonetheless excitedly pressed that fatal button on my Tivo, and was immediately transported into KC's fantasy world, where bitch is the official tongue. The spunky sleep-deprived brunette is, in my opinion, much more puzzling than anything in Avatar, although unlike the big screen blockbuster, I think I might have made some progress in understanding her mystique. Avatar is still lost on me (16 years of production and "unobtanium" is the best you could come up with? Really?).

But I digress.  Now let me preface this by stating that I have no formal training in psychology, behavioral studies, or gender theory. Nonetheless, I continue.  In the first episode of Kell on Earth we are introduced to the PR team, including the effervescent Robyn, the ultra glossed Ativan-pushing Andrew S, and the dynamic dirty-blonde duo Stefanie S and Stephanie V (PR tends to hire people with the same moniker, thus promoting the kindergarten classroom practice of attaching a final initial to someone's name in the event of doubling). The true star and ultimate enigma, however, is KC's personal assistant Mr. Andrew Mukamal. The towering, androgynous former stylist dons multiple mesh get-ups in the show's first episode, and always makes sure to accessorize with an arrangement of Goth studded rings and bracelets. Naturally we'd assume he was an unapproachable freakazoid, but upon opening his mouth it's revealed that on the inside he's... remarkably normal.

Kelly explains "I hired Andrew because I got really tired of interviewing blonde girl after blonde girl... so when Andrew walked in I was really excited because he was all in black and he had on all this bondage jewelry, and I think he was wearing a skirt." As the episode continues, we come to see that despite their unorthodox aesthetics, Kelly and Andrew make up a pretty standard New York working-woman-and-gay-best-friend power couple. My thesis: the key to understanding  Kelly and Andrew is to understand that they are really one person, soul mates.

Essentially, Kelly is the brains of the operation and Andrew is... the gay/goth equivalent of brawn? Kelly has the balls that Andrew lacks, and Andrew has the weave Kelly secretly dreams about. On their own, Kelly is like a professional ballet dancer in a wheelchair, and Andrew is like... a mannequin. But when they come together, the house lights go down, models line up, and a masterpiece unfolds. Whether it's Kelly's top-priority search for a big-footed big-nosed beau for Andrew, or Andrew's understandable inability to complete Kelly's monumental assignments, it's clear that these two are made for each other. Over the next couple months, we lucky viewers can see this powerful pair reclaim the PR industry by storm, and who wouldn't want to watch that?