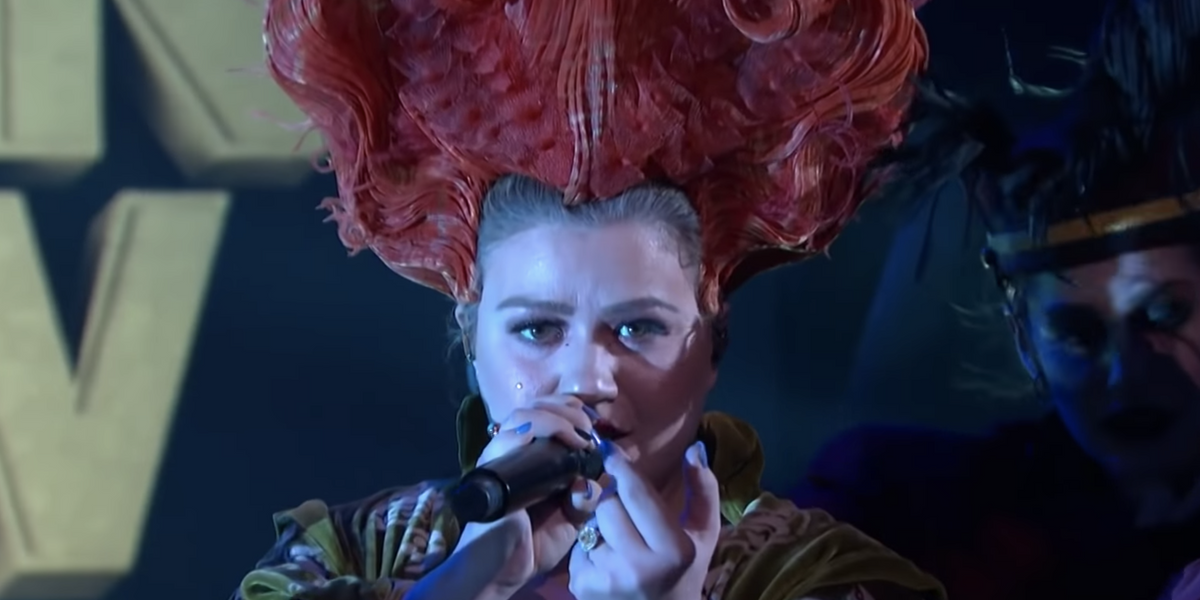 For the Halloween episode of The Kelly Clarkson Show, Kelly Clarkson decided to get a little spooky and dress up for a special edition of the fan-favorite segment, "Kellyoke." Not only did she dress the part, though, she sang it too — enter a straight-out-of-Hocus Pocus Winifred Sanderson singing "I Put A Spell On You." Scream!

The singer donned a fiery orange-red wig, structured with metal rods and wiring to get the classic heart shape that Bette Midler popularized in the original Hocus Pocus. Clarkson had the costume down to a T, with pursed red lips and a cloak fit for a remake.

The crowd was equally as thrilled with her performance as her surprise costume, standing up and swaying along as Clarkson belted out the Screamin' Jay Hawkins cover. Clarkson also came prepared with a crew of zombie back-up dancers who twirled around the dimly lit stage to give the audience the full October 31st treatment.

Watch the full cove, below, and don't be jealous that you can't do it better than the queen.