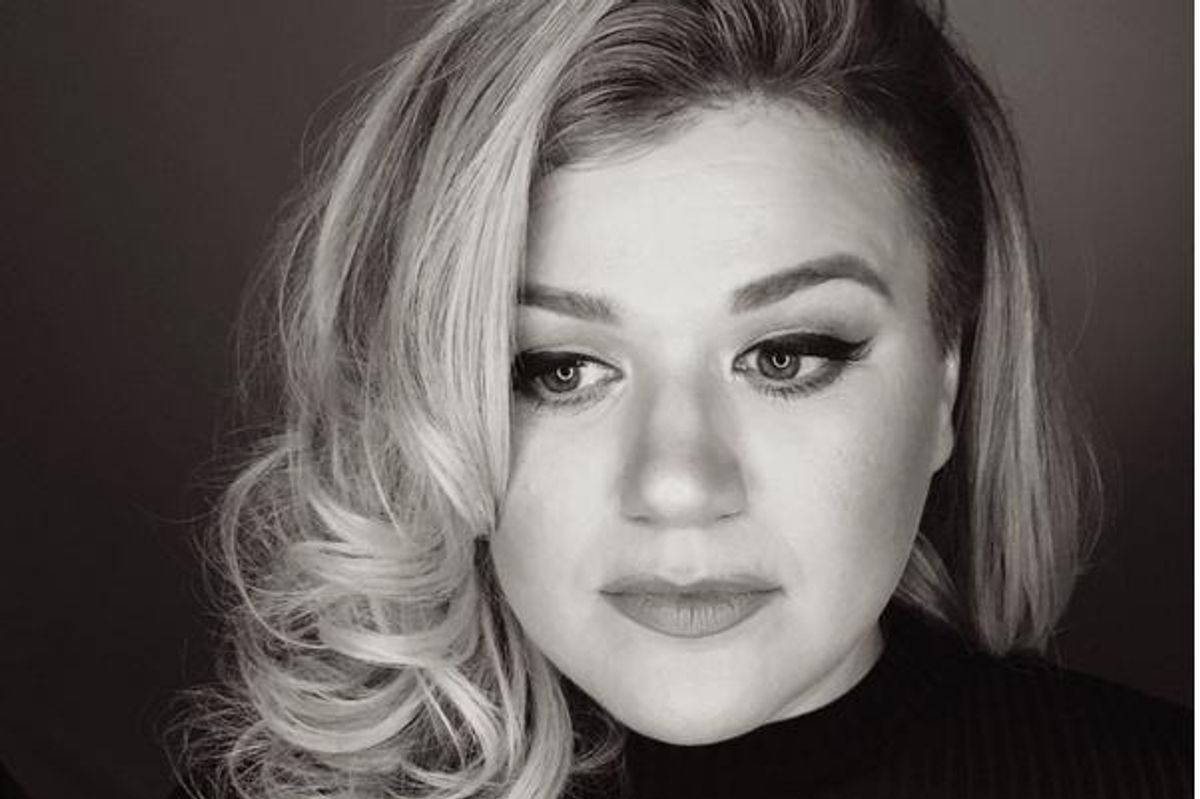 Kelly Clarkson Says Dr. Luke Is "Not a Good Guy"

There's been an overwhelming outpouring of support for Kesha during her ongoing legal battles against Sony and Dr. Luke (and after watching her tear-jerking speech to the Human Rights Campaign, you'll be hard-pressed not to want to #FreeKesha, too). While several prominent pop stars have stood by her, many of Dr. Luke's current and former collaborators have been quiet. But not American Idol winner Kelly Clarkson. Immediately following the judgment against Kesha, Clarkson, who worked with Dr. Luke on hits "Since U Been Gone" and "My Life Would Suck Without U," tweeted her clear disdain for the man.

Trying 2 not say anything since I can't say anything nice about a person... so this is me not talking about Dr. Luke https://t.co/lLhtUHbmgG

Today she expanded on her feelings about him on Australian radio show "Kyle and Jackie O," when the hosts asked her about the drama surrounding her former producer. Clarkson stressed that her circumstances with Luke were very different from Kesha's, before going in hard. "I can remark on his character and that's...unfortunately when you have that poor of character, so many artists don't like working with you, that's not normal," she said.

Clarkson might not be able to speak to Kesha's specific experience with Luke, but she did gave a pretty damning assessment of his character. "Obviously he's a talented dude, but he's just lied a lot. I've run into a couple really bad situations--musically it's been really hard for me because he just lies to people. And it makes the artist look bad. And he's kind of difficult to work with, kind of demeaning."

More interesting might be her statements about how her label (RCA, a Sony-owned entity) addressed her antipathy to Dr. Luke. "Even the last time I worked with him, I only worked with him because literally I got blackmailed by my label," she revealed. "They were like, we will not put your album out if you don't do this." One of the main arguments Kesha's lawyers have put forward is that, should Kesha choose to work with another producer, Sony would not adequately support her music. If Clarkson's experience is anything to go by, they might not be far off the mark.