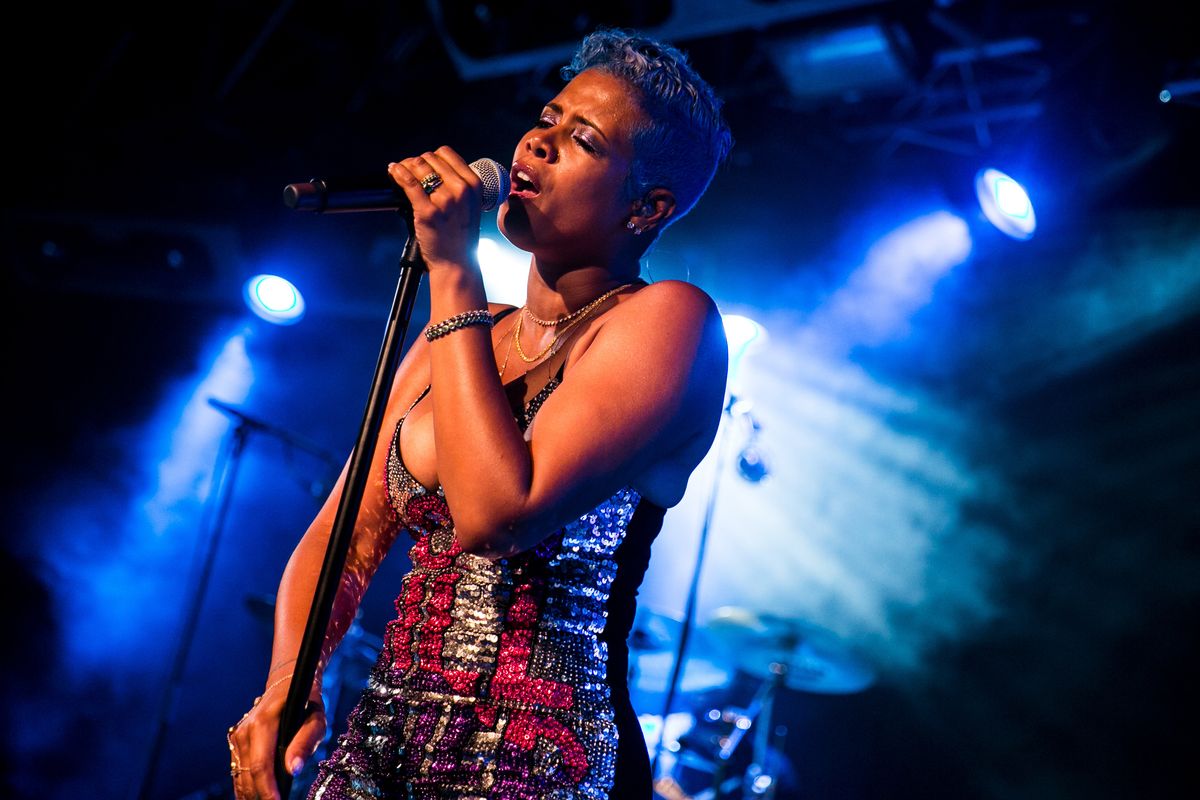 A Star Was Born on Kelis' Long-Lost 'Wanderland'

Kelis is a talent of undeniable influence. For 20 years, the Harlem-bred singer/songwriter has created an enviable catalog of genre-spanning albums — five, in fact — spotlighting her diverse taste, ability to spot trends before they skyrocket, and that truly one-of-a-kind smoky voice.

Which is why the mystery surrounding Kelis' second album, 2001's Wanderland, has been so pressing for... 18 years. As music industry folklore would have it, Kelis, having crafted her ingenious 1999 debut, Kaleidoscope, alongside production super-duo Pharrell Williams and Chad Hugo (The Neptunes), was met with resistance from her label, Virgin Records, upon turning in Wanderland.

According to Kelis, Virgin didn't "understand" her vision for the 16-track record, which diversified the sonic palette she established with her debut through rock, bossa nova, soul, and funk influences. Wanderland was released exclusively in Europe, solidifying the singer's international fanbase while alienating her from American markets — that is, until one-off successes such as 2003's "Milkshake," later featured in Mean Girls. (I know, because I ordered an imported Wanderland CD that arrived weeks later for $25).

After nearly two decades of isolation, Wanderland is now available across all streaming platforms. "It's been a long time coming, I had given up... well almost," Kelis told The Fader in a statement. "I was shocked to wake up this morning to see it had been streamed. All the politics of it aside It feels good and I'm happy that it's been given it's time to live on speakers across the country."

Kelis' first album announced her as a something of a risk-taking wild card in contemporary R&B. At the time of her arrival, she was considered disruptive compared to the suave, sexed-up fantasies of Black male R&B acts from Jagged Edge to Ginuwine. Looking back, as a Black woman with a colored fro and an edgy, experimental sound, Kelis stood out and fit right into what popular female R&B musicians were pioneering: unapologetic Black female empowerment and individuality. See: Missy Elliott, Destiny's Child, Brandy, Toni Braxton, and Ashanti, who were all topping the charts regularly as Kelis' first two albums were out from 2000 to 2002.

Despite her uniqueness, Kelis' first album didn't translate to massive sales, though it did yield a cult hit in lead single in "Caught Out There," the song she later acknowledged as the first of its kind in her 2005 hit, "Bossy." She literally screams the chorus over The Neptunes' futuristic blend of gritty beats and machine-led sound effects. For Wanderland, The Neptunes back Kelis, now doubling down on her creativity and her gift for translating personal experience into irresistible future-pop confections. The album's overall sound relies on atmospheric pads, melodic blips, and reinterpreted disco and funk to communicate visions of "The Future," meaning it would be considered dated now. But so what?

There was and remains no one like Kelis. Who else could turn a song directed at the youth into, say, a starry-eyed campfire singalong on "Mars"? There's afterschool special-parodying "Little Suzie," during which Kelis bemoans wearing furs and being wealthy when people are starving and homeless. On the post-disco bop "Junkie," she refreshes the cliché of strung-out love via the confessional setting of a 12-step recovery meeting, with multiple Kelises speaking and singing in character. On the yeehaw clomp of "Daddy," she gleefully plays a Lolita-esque school girl fantasizing about an older benefactor, played by The Clipse's Malice. On the mutated J-Pop of "Scared Money," Kelis lures a lover to her window like Juliet calling for Romeo, but spicier: "I have this candy my mother gave me," she coos. "I'll share if you don't tell no one." And she regrets getting involved with bad boys on the tropical banger "Popular Thug," (with Pusha T) despite admitting they "make my record skip."

The album's only single, the space-rock gem, "Young Fresh 'N' New," was released two weeks before the album's release in October 2001. It makes a convincing thesis statement about who Kelis was at the time. As if waking from a dream, Kelis, who had just turned 22 that August, realizes the only things stopping her from being truly free are "relatives and clothes."

So when she does "leave it all behind" — the angst, the pressure to conform — she maintains a youthful sparkle. That innate sparkle would later fuel glittery, trendy albums ahead of their time, like 2003's Tasty or the EDM-heavy Flesh Tone, which hit in 2010, before most people had really even heard of David Guetta. On Wanderland, Kelis knows she can still see the sun — a necessary self-assurance for a star who always shone in her own coordinates, a little brighter than the rest. Maybe now, we'll all tilt our heads skyward to see what Kelis has always seen.