Kelis Live at Santos, in Which we Declare April 21 National Milkshake Day

If the government were to ever declare a national Milkshake holiday, it should fall on April 21. Last night Kelis, the bitch we once loved to hate, returned to perform a sold out, holiday deserving show at Santos Party House which featured waterfalls, video screens and strobe lights. And better yet, her music has taken on a markedly different, though equally inviting, style.
Washington Heights' own Diplo protege Maluca delivered a killer opening set of her self-classified "tropical punk" tracks, including the hit single "El Tigeraso." I particularly enjoyed another track whose "get it in" hook arguably reworked a Hov classic to include a new feminine edge (shout out to my "Venus vs. Mars" fans). Clad in hot pants and rocking a braid that rivaled Rapunzel's weave, Maluca got the crowd heated up and ready for the lady of the hour, who strode onto the stage a mere two-and-a-half hours later than expected. Punctual, in hip-hop terms.

Kelis' 50-minute set showcased a slew of songs from her upcoming album Flesh Tone, including the David Guetta-produced dance anthem "A Capella" and a bass-thumping new single "4th of July." The rowdy crowd got seriously loud for a mash up of the artists' 2003 classic "Milkshake," Madonna's "Holiday," and Major Lazer's "Pon de Floor." Her experiments in electronic music show true growth as an artist, and I found myself Googling the lyrics to practically every one of the new songs, eager to download them as soon as I got home.

The afterparty, held at the Hudson Hotel's Philippe Starck-designed Hudson Bar, attracted a rather motley crew. Although I missed the memo about the Pucci tunic and loincloth-only dress code, the rather strong drinks, a ridiculously lanky blonde voguing, and Kelis' "Blair Waldorf goes downtown" getup certainly made for an entertaining evening. Happy belated Milkshake Day everyone!
(Concert Photos by Jake Stavis; Afterparty Photos by M. Alexander Weber) 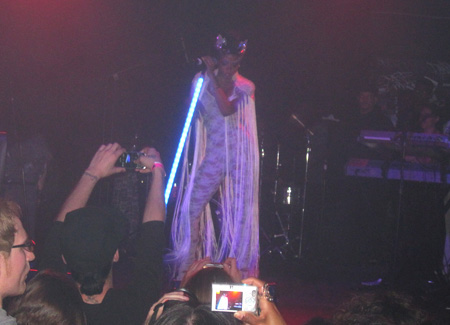 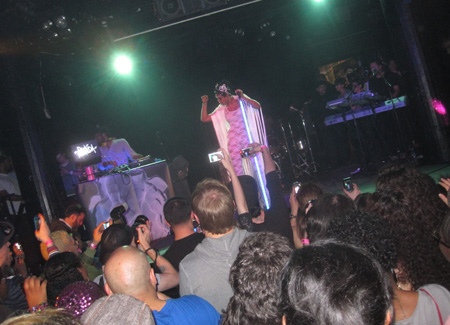 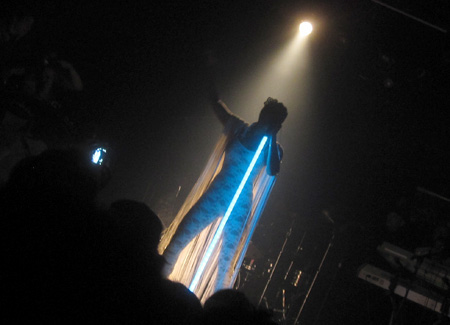 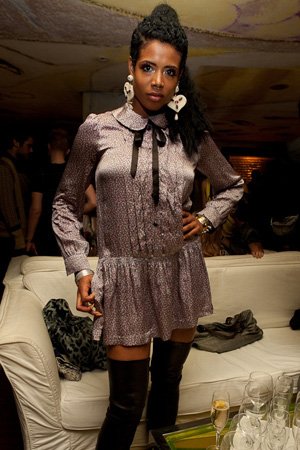 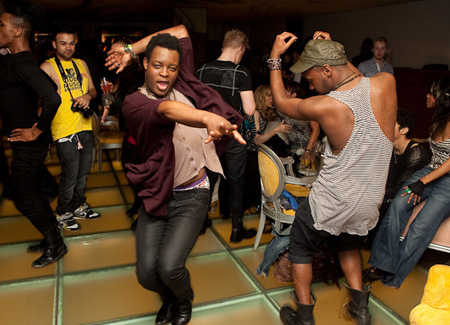 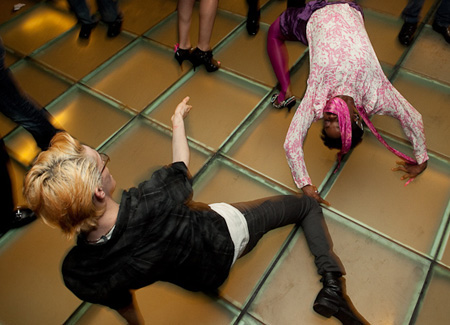 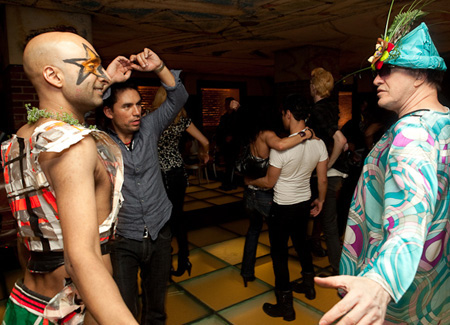 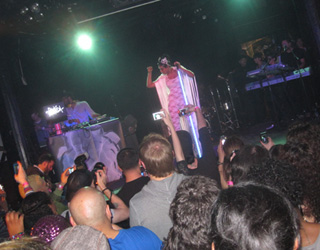 Ciara, Diplo and More Kick Off NYFW with Bulgari Performances