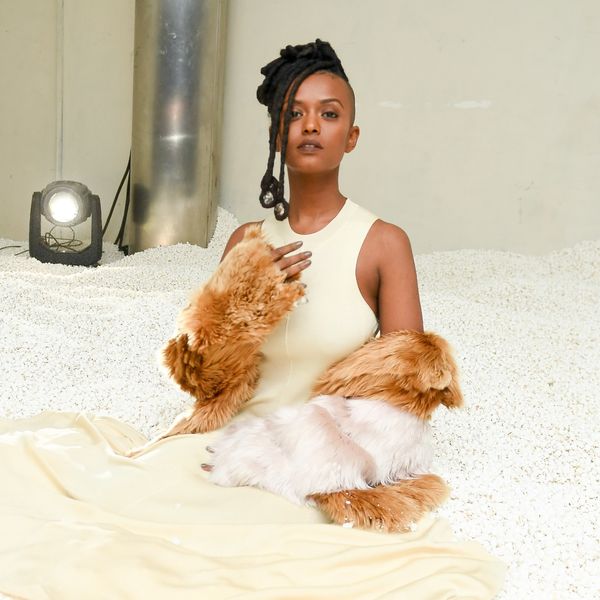 Here's Where You Can Buy Kelela's Favorite Bag

R&B singer Kelela recently spoke with Emily Spivack, the author of Worn Stories for a T series called "The Story of a Thing," in which creatives discuss one of their most prized possessions. Kelela gushed about a bag made by her friend Telfar Clemens, the winner of the 2017 CFDA/Vogue Fashion Fund. She says the bag makes traveling easier and more comfortable.

The two met 5 or 6 years ago, she says, when Clemens was DJing in New York. When he played a remix of Ashlee Simpson's "Pieces of Me," she went up to him and introduced herself. They realized that they grew up a few minutes from each other in Gaithersburg, MD, and a friendship was born.

She went on to say that even if they weren't friends, "It would be important to support a black designer who has been grinding for a long time, and who is killing it. I love that using this bag — which is grounding and a constant as I carry my life around with me — is a functional way to do that."

Kelela recently performed alongside Blood Orange and Ian Isiah at a New York Fashion Week concert the designer organized this February in lieu of a traditional runway show.

Check out a version of Kelela's favorite Clemens bags, below, and buy it here: