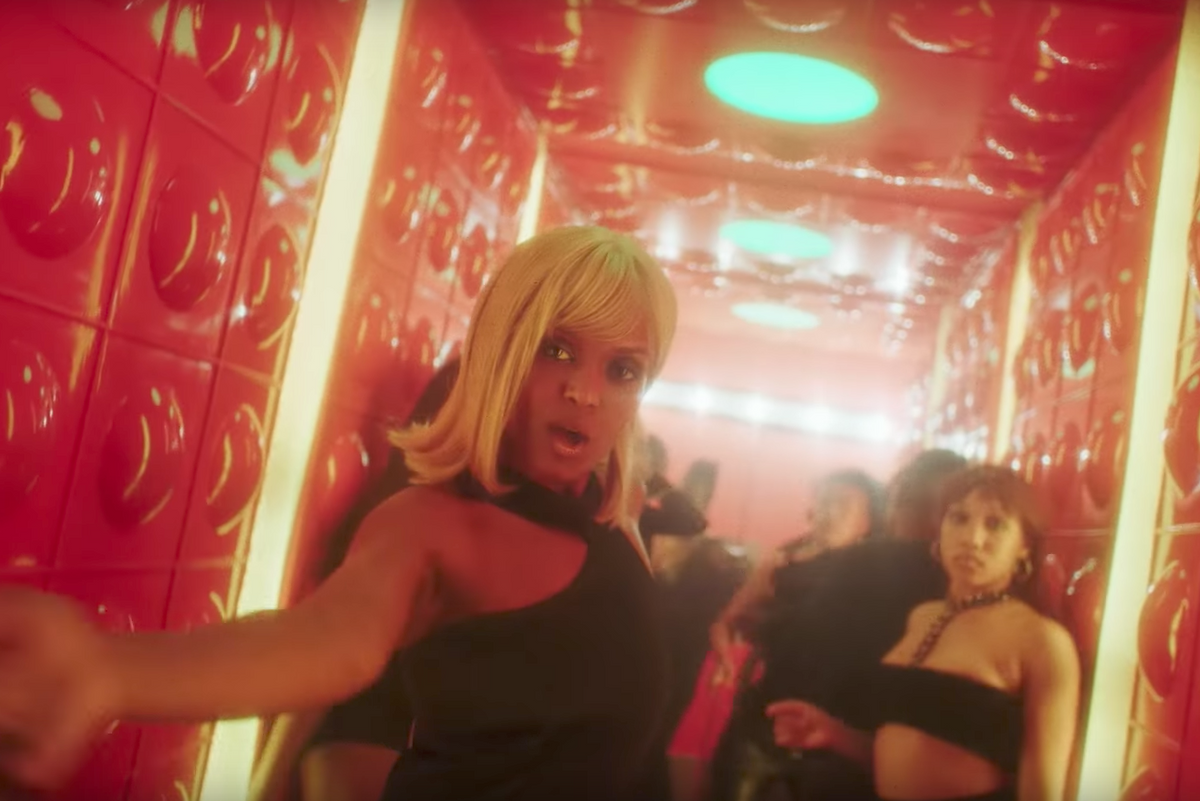 I know I'm not alone when I admit that "LMK" is the only song I've listened to for the past week. The Arca-produced jam is the first single from Kelela's recently announced studio debut album Take Me Apart (in stores on October 6th) and is the perfect anthem for kicking fuccbois to the side while you go have your fun.

Today, the Washington, D.C. native has shared the track's accompanying music video and it's just as massive as the song it visualizes. Featuring Kelela and a crew of beautiful friends partying in a fun red tunnel (and then an equally eye-popping blue one), the video finds Kelela breaking out into some stage-ready choreo during the chorus—which, set against the very '90s set, would not seem out of place in a Destiny's Child music video.

If this wasn't reason enough to glue your eyes to the screen immediately, there is also the fact that Kelela goes through not one, but two different wigs during the video's run. By the end, Kelela has shedded both and returned to her gorgeous locs as she and her friends find their way to a glamorous all-white affair. What a way to end the night.