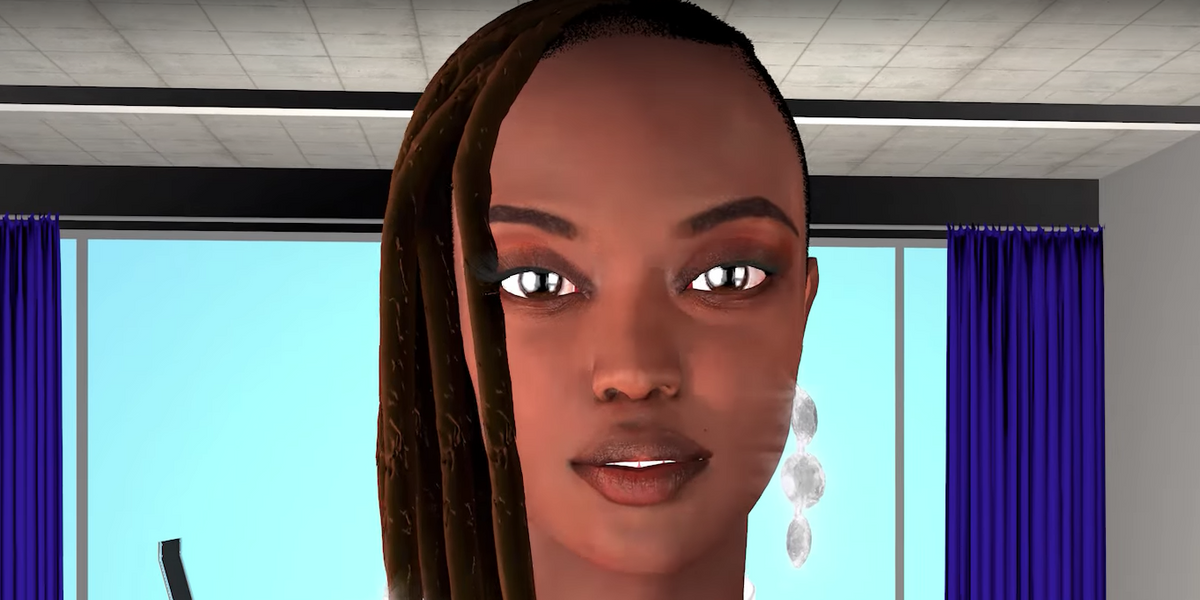 It seems that only yesterday we heralded Kelela's "Blue Light" video, in which she has sex with her hair, perhaps the "greatest music video concept of all time," and already the songstress has us reconsidering.

For her "Frontline" visual — just another one of her premier singles from her instantly-iconic debut album, Take Me Apart — Kelela lives out her heartbreak as a character in the noughties computer game 'Sims.' The song and video reflect on Kelela's separation from a former lover, who, she tells Rolling Stone, left her for a white woman. Nevertheless, animated Kelela walks away from her ex, jumps into a sports car and picks up her girls to party (although she must go head-to-head with her man before she can finally move on).

"With this Sims-like video, I was able to tell my story in a light-hearted but dramatic way," Kelela said. "It's about leaving your ex with the wind in your hair while acknowledging a curiously complex feeling of pain that he has left you for a white woman."

Watch the video below, and read our recent feature on Kelela here.