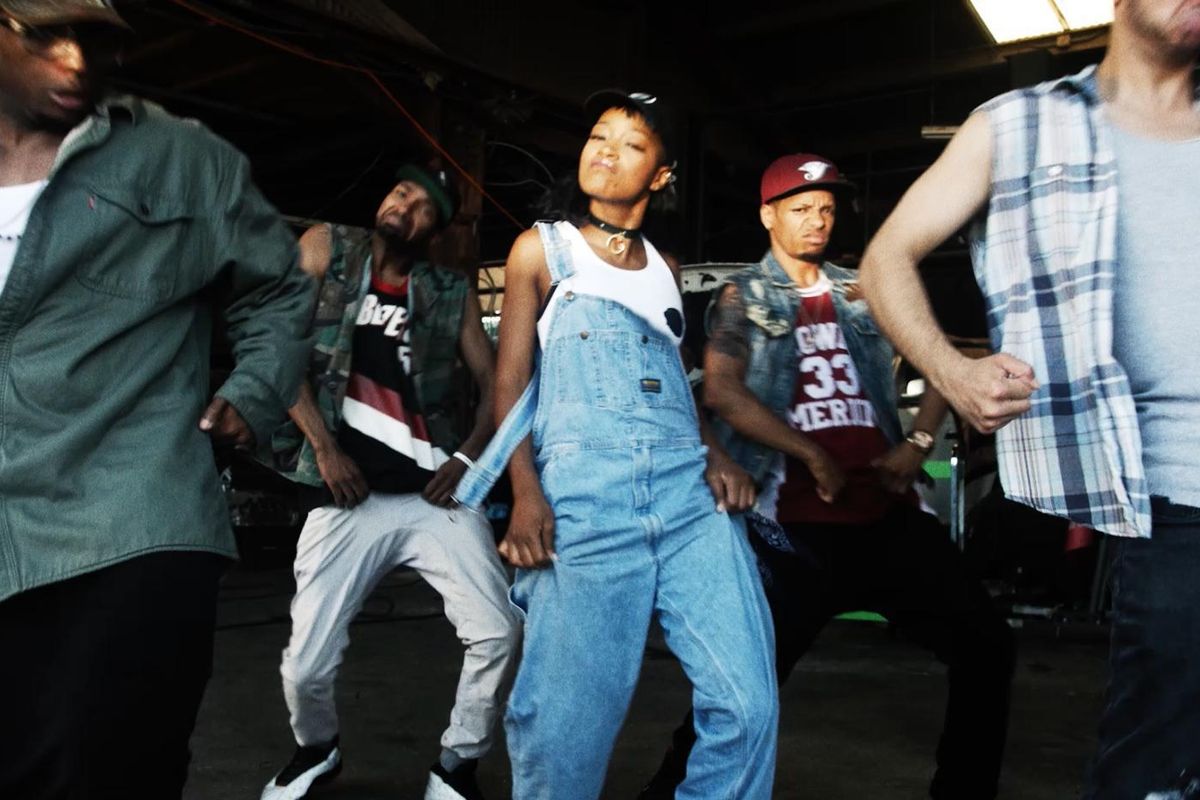 Keke Palmer is a woman of many talents. Because while she may be best known as a singer or actress ( Scream Queens, hello?), she's also a formidable dancer, as her incredible new video set to Desiigner's "Panda" and Drake's "Controlla" proves. Showcasing her impeccable coordination, pop, lock and drop skills and slick choreography, it's a tightly executed affair that's definitely got us on high alert. So ahead of the video, we spoke to Keke herself about the history of R&B, what exactly drew her to Drake and Desiigner, and, most importantly, cultural relevancy.

So what got you doing these dance videos?

Well gearing up for my own music. I was trying to think of a way I could keep my fans a part of my [creative] process while also getting prepared for touring, performances, and stuff like that.

How do you typically pick the songs that you are going to cover?

The culture inspires me. These are two of my favorite songs out right now, they are totally different, but both represent the culture. Just like with all my concept videos, it's about creating on top of what was created. This is what those artists inspired me to do.


Did you also feel like VIEWS was an important album, culturally-speaking, as well?


[Drake] really did infuse so much of R&B history within VIEWS -- and I don't think a lot of people realize that. Like "U With Me?" uses [a DMX sample]. And then I think on "Redemption" he had a few of Ray J's old vocals in the background...I really respect Drake for always honoring that through his music. I think R&B is such a big influence on music today but a lot of people just take the elements and disregard its history. He never does that.

Do you try to imitate the original video as far as the aesthetic of the video goes or do you try to give it your own spin?

Definitely try to give it my own spin. I think that's what it's all about. I think it's all about giving a way to express what I see is going on in my culture. But even with the "Work" dance video, I did a totally different thing from what the song is about and what it feels like. You hear the song and you think hot and reggae, but instead we did a freezer and made it icy -- we made it icy hot. So, it's just all about taking what you like about something and flipping it on its head or turning it into something else. Like with my "Down In The DM" video, it was all about kind of inviting the essence of the song into my world so we were like ok let's have me on the phone and have the dancers come out of my DMs.