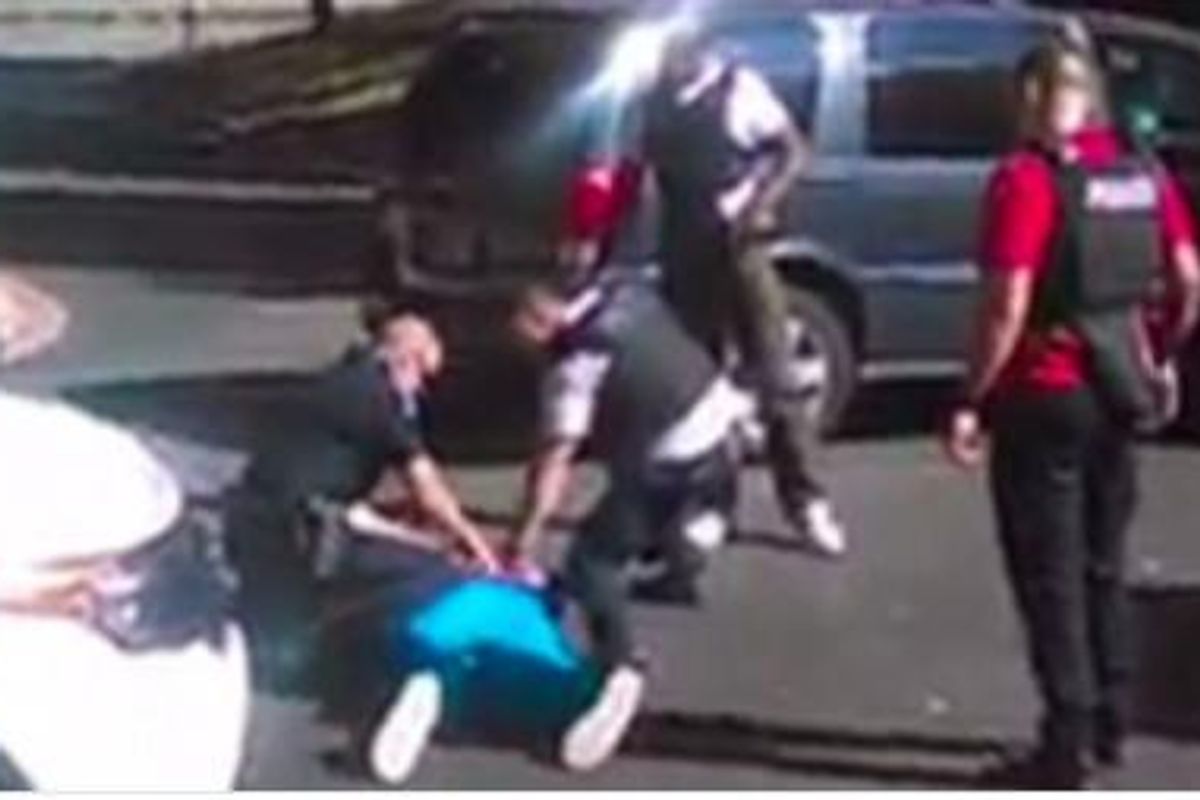 The family of Keith Lamont Scott released cell-phone video footage today of the moments before and after the 43-year-old black man was shot and killed by police officers in Charlotte, North Carolina.

In the video, which does not show the actual shooting, Scott's wife Rakeyia can be heard saying to officers, "Don't shoot him. He has no weapon."

Police claim that Scott was holding a gun that he refused to drop even when ordered to repeatedly, while his family has emphatically insisted that he did not have a gun. Rakeyia Scott can be heard on the video telling police that her husband does not have a gun, and that "he has a T.B.I. (traumatic brain injury). He is not going to do anything to you guys. He just took his medicine."

After the police fired shots at Scott, Rakeyia can be heard crying repeatedly, "He better not be dead."


The shooting has set off days of protests, including one in which another man was shot and killed, though not by police. Both protestors and the Scott family have called for the police to release footage from the body cameras of the officers who were present at the scene of Scott's death. However, North Carolina law places restrictions on releasing body-cam footage to the public.

A state of emergency has been declared in North Carolina following days of unending protests against police brutality.