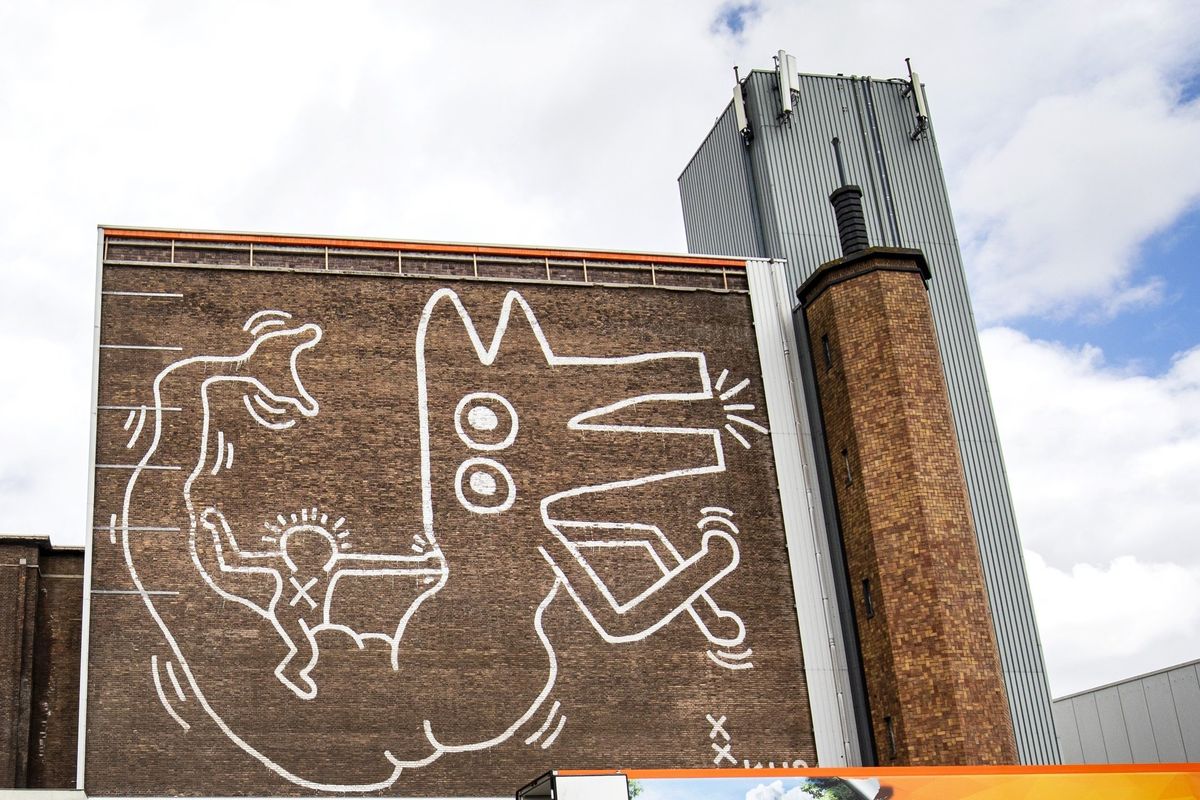 After 30 years, it was revealed at a Stedelijk Museum storage center.

After almost 30 years hidden behind insulation panels, a 40-foot-tall mural by legendary gay artist Keith Haring has been uncovered in Amsterdam. The campaigning efforts to reveal the mural were spearheaded by Dutch graffiti artist Aileen Middel, known as Mick La Rock.

In 1986, at the height of the HIV/AIDS crisis, and four years before his own death from AIDS complications, Haring had a solo exhibition in Amsterdam at the Stedelijk Museum. During the exhibition for the museum's interior, he painted a typically colorful work of his emblematic figures.

The New York Times reports that Haring also asked museum curators if he could leave behind a public work. They granted it, and over the course of a day in March, he used white paint to create a giant hybrid creature that was part-dog, part-fish, with a human figure who appearing to be riding atop it. The result was a departure from his more vibrant color palette, but still playful.

Haring painted his mural on an outdoor warehouse wall that was once the museum's main location. When the museum vacated the warehouse premises, the wall was covered with aluminum insulation siding and converted to a storage facility.

According to Mick La Rock, the siding took several days to remove. An Instagram post revealing the full mural claimed that it (and the building supporting it) was also in need of restoration. Either way, it's pretty major to have a very visible memory of Keith Haring's original work.