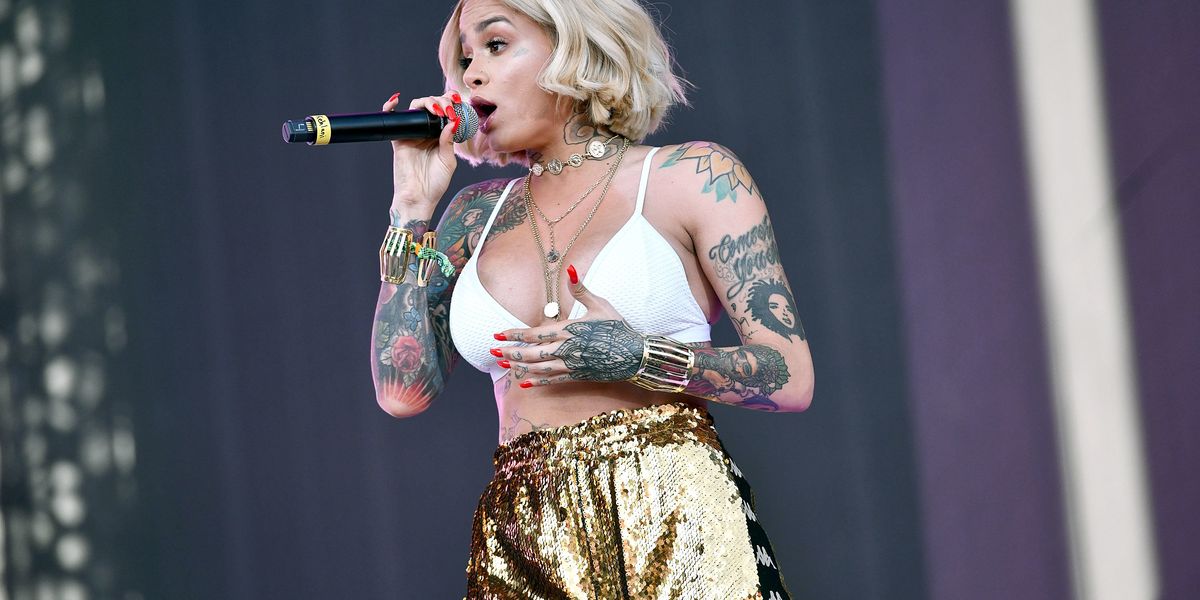 Kehlani Joins the Conversation on 'Girls'

After Rita Ora's new single "Girls" dropped on Friday, it's received a lot of love but also criticism from some members of the LGBTQ community, with singer Hayley Kiyoko's comments resonating with many. Now, openly queer artist Kehlani joins in on the conversation, also echoing Kiyoko's thoughts on the song. She called the song's lyrics "harmful," and said that some quotes "weren't progressive."

and don't make this personal.

i have an incredible song out with one of the artists, and would love to work with the other three as well. & have met them all and respect them.

The artist, who's worked with Cardi B for "Ring" in the rapper's album Invasion of Privacy, says that she loves and supports all the artists on the track "but this isn't about talent. it's about choice."

every artist on the song is fantastic, and very much loved and supported by me... by all of us. but this isn't about talent. it's about choice.
— Kehlani (@Kehlani) May 11, 2018

The singer points out that there were "many awkward slurs, quotes, and moments that were like 'word? word'." Replies to her tweet refer in particular to the line about "scissoring."

hate to be THAT guy but there were many awkward slurs, quotes, and moments that were like “word? word"
— Kehlani (@Kehlani) May 11, 2018

Still, Kehlani kept her comments constructive, continuously reminding people of her love for the four "Girls" singers, and made sure to keep the discussion calm—emphasizing that her intention is not to drag her fellow female artists.

cuz we gotta stop jus dragging people man. it's not constructive. most times that person doesn't even even have the confidence left to try to learn or grow. https://t.co/5puKu782Sj
— Kehlani (@Kehlani) May 11, 2018