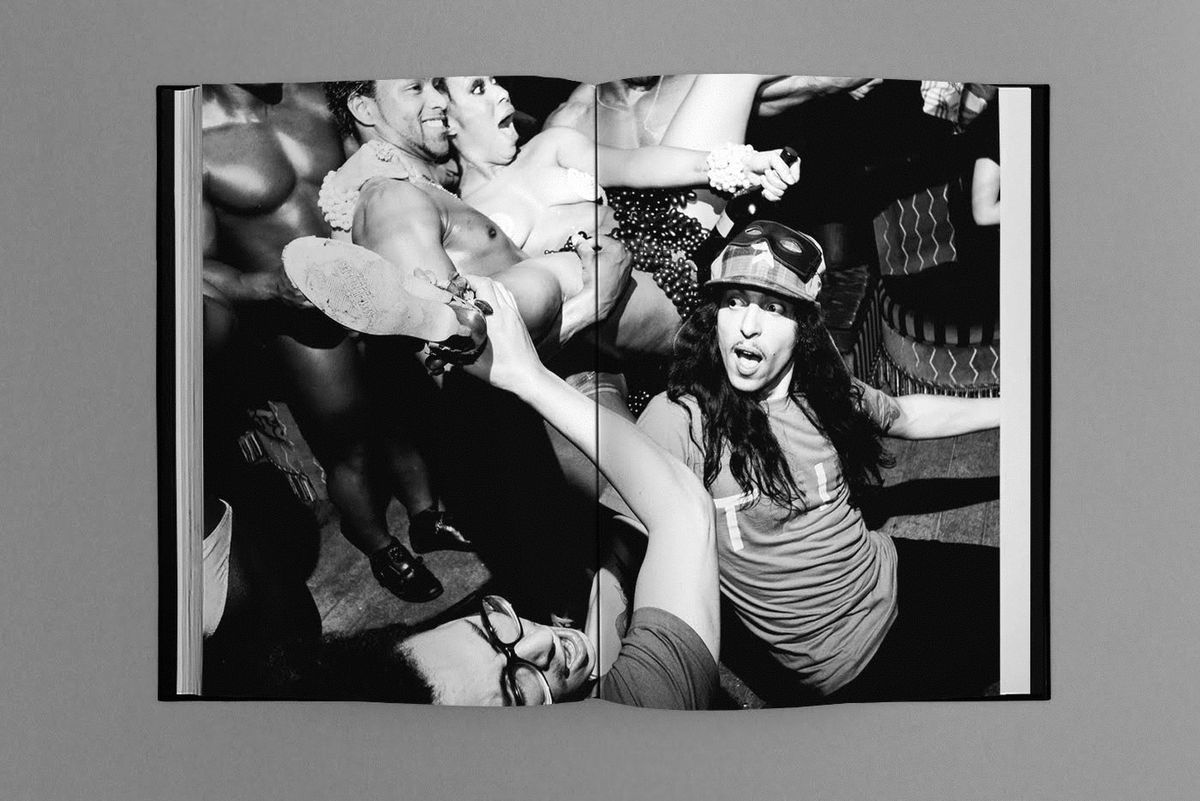 Keffer says he's never felt sleepy his whole life. Since he was a child growing up in Paris, he has been captivated by the allure of night, its dark mystery keeping him up in the early hours of the morning when the rest of his house was asleep. It's no surprise, then, that his most recent project, The Night Day, explores the overlooked aspects of Parisian nightlife, which he describes as, "the subconscious of the day."

Taken over the course of 10 years, the black and white photographs depict euphoria, hedonism, and play: his subjects dance, embrace, smoke, and pose as the camera flash goes off. The images are set in bars, clubs, and shows that feel impossibly cool and exclusive. In fact, the book contains photographs of A$AP Rocky, Diplo, Dita Von Teese, and Katy Perry, among other high profile celebrities. Yet, Keffer keeps the process and the work accessible, as he is candid about the countless maneuvers he had to pull to make it into these spaces, especially with his camera in hand.

The photographs capture seemingly-oppositional extremes. People are depicted alone and in massive crowds, candid and posed, decadent and grimy, famous and unknown. And yet, a constant feeling of exhilaration runs through all of them. Keffer's vision and love of the night, "where the rules are blurred, where the familiar gives way to the unknown, where Dr. Jekyll turns into Mr Hyde" unify the work. It's clear he is thrilled to be living in and capturing this world.

The book is accompanied by a record of original compositions featuring Ostend , Dj Deep, Chassol, Jackson (And His Computer Band), Ichon & Myth Syzer and Acid Washed.

Check out the project here.