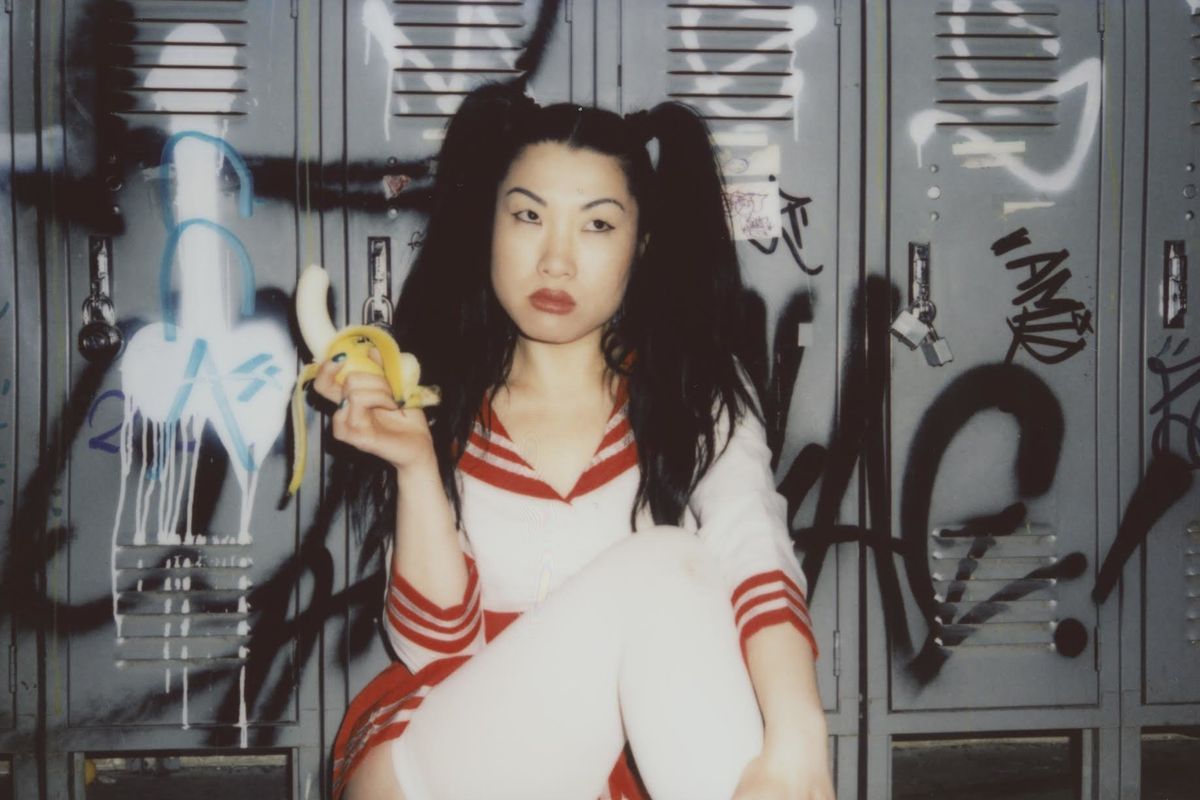 Kayla Tange, a Korean-American performance artist who was adopted by a Japanese-American family, is fascinated by trans-cultural identity. After she tracked down her biological mother, they arranged to meet in Seoul, Korea. But an hour before they were scheduled to meet, Tange's mother cancelled, saying the encounter was too emotional for her. Afterwards, Tange made the film Dear Mother as a way of reaching her mother and parsing her complicated emotions about her family history.

The film captures Tange's work as a conceptual stripper, a job she describes as part therapist to her customers and part performance artist, "drawing on the legacy of performers like Yoko Ono and Marina Abramović." The darkly-lit film splices together home footage, shots of Tange dancing, and driving sequences over a voiceover addressed to her biological mother. She traces the trajectory of her childhood and career, her adoptive mother's death, and her process of identifying love in her life. Ultimately, Tange concludes that she forgives her birth mother, words she says not so much for her mother's benefit, but for her own healing process.

Tange says the film is an "attempt to reach her [biological mother] after she ceased contact. But it's not just that, it's a love letter to my real family, and to my adoptive mother, an art teacher and mentor, who passed away when I was a teenager. I have so much respect for my father for raising my sister and I alone."

The film's director, Matthew Kaundart, also described the filming process, saying, "We shot Dear Mother whenever we could for over a year. We ended up with some beautiful images and scenes that I then intercut with Kayla's old home movies paired with her letter. The two visuals combat each other in a way, and I think it's nice way to depict Kayla's competing identities: one as an adoptee with a complex family history and one as a performer and artist pioneering a new way of making art and interacting with audiences."