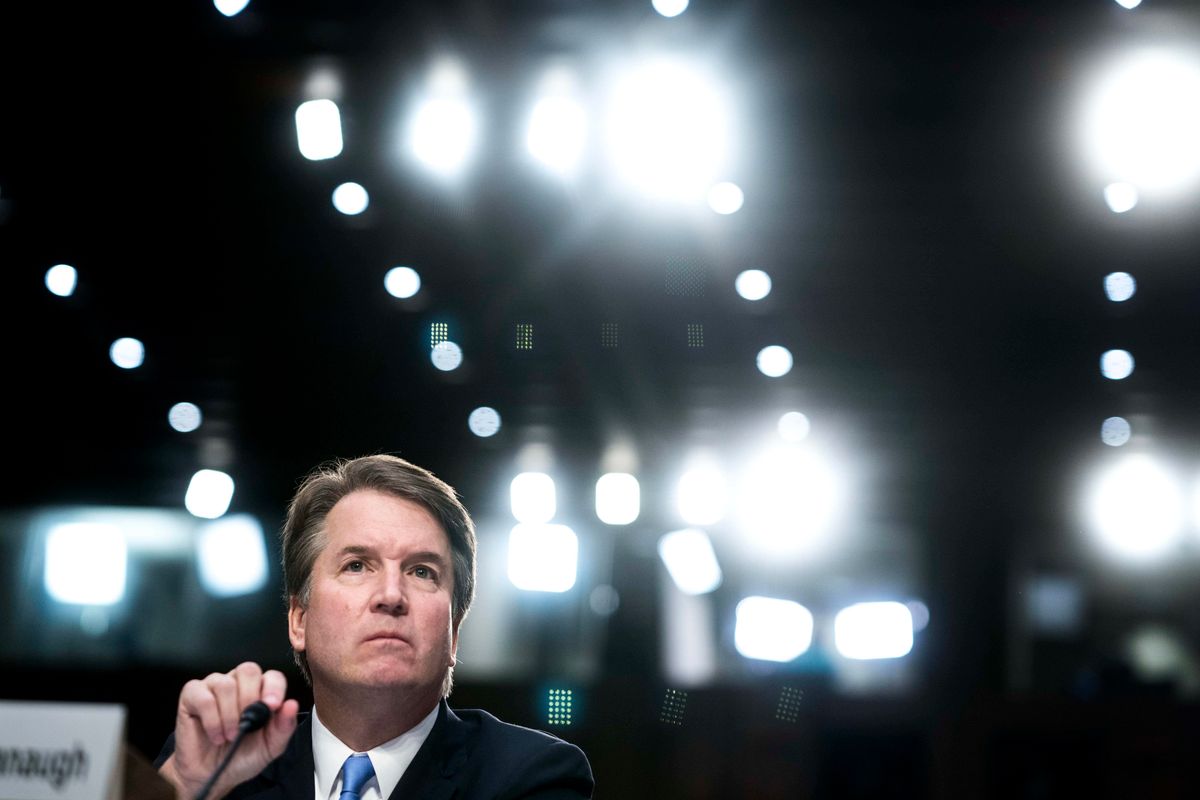 Both Kavanaugh And His Accuser Will Testify Before Congress

We now know the identity of the woman who was acquainted with Brett Kavanaugh as a teenager and has accused him of sexual assaulting her at a high school party in the early 1980s, while the judge was a student at Georgetown Preparatory School. Her name is Christine Blasey Ford, she's a Californian academic, and she is ready to testify in Congress against Trump's Supreme Court nominee.

A public hearing will be held by the Senate Judiciary Committee on Monday, during which both Kavanaugh and Ford will give their version of events. It's set to be a bizarre and probably triggering showdown. Kavanaugh's Supreme Court appointment, up until recently considered a sure thing, was meant to be decided by Senate vote on Thursday. That vote has been delayed, and his future is now officially in limbo.

Ford initially intended to keep her identity private. Earlier this year, she wrote a letter to her congresswoman that was then shared with California Senator Dianne Feinstein, saying: "Brett Kavanaugh physically and sexually assaulted me during high school in the early 1980s." The letter was made public by CNN on Sunday, and since then things have definitely escalated.

Kavanaugh has denied all of Ford's accusations. "I have never done anything like what the accuser describes—to her or to anyone. Because this never happened, I had no idea who was making this accusation until she identified herself yesterday," he said in a statement.

When the allegation first came to light, Republican Senator Chuck Grassley––who is chair of the Senate Judiciary Committee––was quick to release a letter signed by 65 women who knew Kavanaugh in high school and believed in his good character. A new letter signed by more than 200 alumnae of Ford's high school was released on Monday in solidarity with her.

Senator Susan Collins of Maine, one of two moderate Republican senators whose votes will be decisive in whether or not Kavanaugh is confirmed, announced that both the nominee and Ford should testify under oath before Congress about the alleged assault.

Ford has evidence mainly in the form of notes from her therapist and a polygraph her lawyer encouraged her to take earlier this summer (that she passed). Given that the alleged assault happened in the early 1980s, and accusing a powerful man of sexual assault is never simple or easy, there will be plenty of room for doubters of Ford's account. However, given the unique moment we're at in history and the remarkably high stakes at hand, this may turn out differently than the trial of Anita Hill and Clarence Thomas, whose case this recalls.