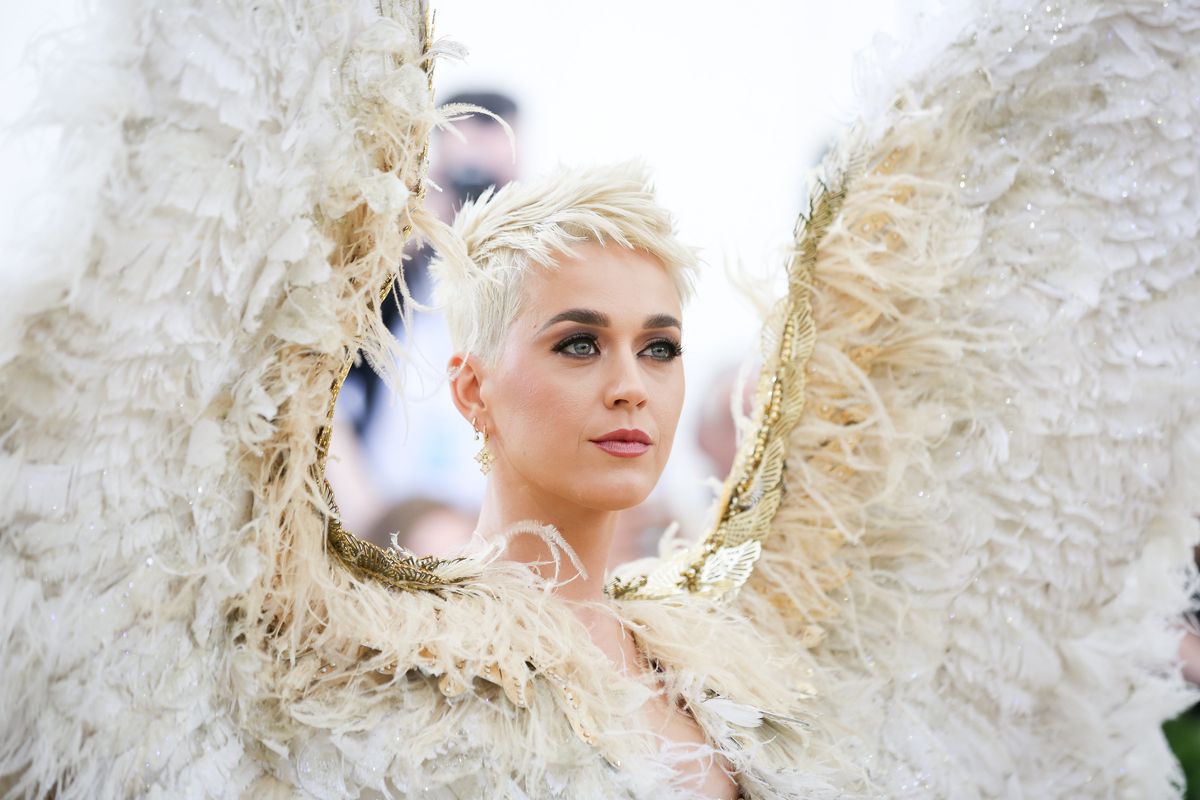 How Did Katy Beat Out Beyoncé and Taylor as the Highest Paid Lady of 2018?

The verdict is in: Katy Perry raked in the most cash of any woman musician in 2018, pulling in a whopping $83 million over the last 12 months. Forbes has released their annual ranking of the highest paid women in music, revealing that Perry climbed to #1 from her #9 ranking in 2017, displacing Beyoncé as last year's top earner, well as the former first and second runner-ups Adele and Taylor Swift.

This year Taylor and Beyoncé are comfortably lounging at #2 and #3. Pink ranks fourth (thanks to that Aussie love?), while Lady Gaga, Jennifer Lopez, Rihanna have stayed unsurprisingly competitive, filling out the middle of the list. Helene Fischer (uh, who? more on her later), Celine Dion (Vegas baby... also Canada), and Britney Spears (Vegas baby) round out the top 10.

As far as the actual numbers, Perry's earnings are significantly below Beyoncé's salary last year, which broke nine digits at $105 million, courtesy of Lemonade and its companion tour.

You might be scratching your head right now. "Wait… what? But I certainly didn't spend the last year RT-ing Katy's Tweets, scrupulously untangling her feuds, or spinning her new bops. Where are Ari, Cardi, Nicki, Rihanna and Gaga, not to mention Beyoncé and Taylor?"

KATY PERRY on Instagram: “And that my friends is the cherry on top of a wonderful era. I see you and I love you ❤️🧡💛💚💙😴”

The clearest cut answer is simple timing and logistics. Katy's entire 80-date Witness world tour, during which she's quietly been quietly earning 1 million a night, and judging ABC's American Idol reboot on the side to the tune of $20 million, fell within the June-June timeframe. Meanwhile Swift had only played eight dates of the Reputation world tour by June 1st, and Beyoncé's On The Run II tour, which raked in a ludicrous $250+ million, will also be reflected in the 2019 numbers. Rihanna and Gaga didn't tour this year (you know... they've been sort of busy) or drop albums. Katy's fourth album Witness dropped last June and promptly went #1 (her third time at the top), earning the biggest first week for an album by a woman since Lady Gaga released Joanne.

Despite these these hard facts, something still feels off about her #1 spot. Katy has had little to do with the clickiest and most zeitgeisty moments of the year, igniting not a single viral Twitter moment or dropping even one politically conscious lingerie line. To boot, Witness was actually commercially her worst performing album, although outdoing the explosive numbers of Prism (2013), Teenage Dream (2010) and One of the Boys (2008) is a difficult, if not impossible, task.

Our cognitive dissonance turns out to be naive. Although two metrics can converge (i.e. Beyoncé's top spot last year), Katy's ascendence proves that you don't need to be the most viral or talked about artist of the year to pull the biggest salary. The list reminds us that Tweets and glowing album reviews don't always translate in to cash flow, and aren't necessary to turn people out to a tour (though obviously they help). Rather, the logistics of tour and album cycles, and sheer wide common denominator appeal, are what will ultimately determine artists' paychecks.

The fans getting folks like Katy paid might not be the loudest or most visible online, but they sure as hell showed up to see her perform. Old guard pop stars like Katy have formidable and easily underestimated staying power, that flows from their mass appeal to people who are apparently not reviewing albums or screaming on Twitter.

Anyway, don't worry Swifties, BeyHive, and/or Little Monsters. They're all preposterously rich, and Katy recently announced that she plans to take a break from music soon, after nearly 10 years straight on the road, which is sure to shuffle around the rankings.