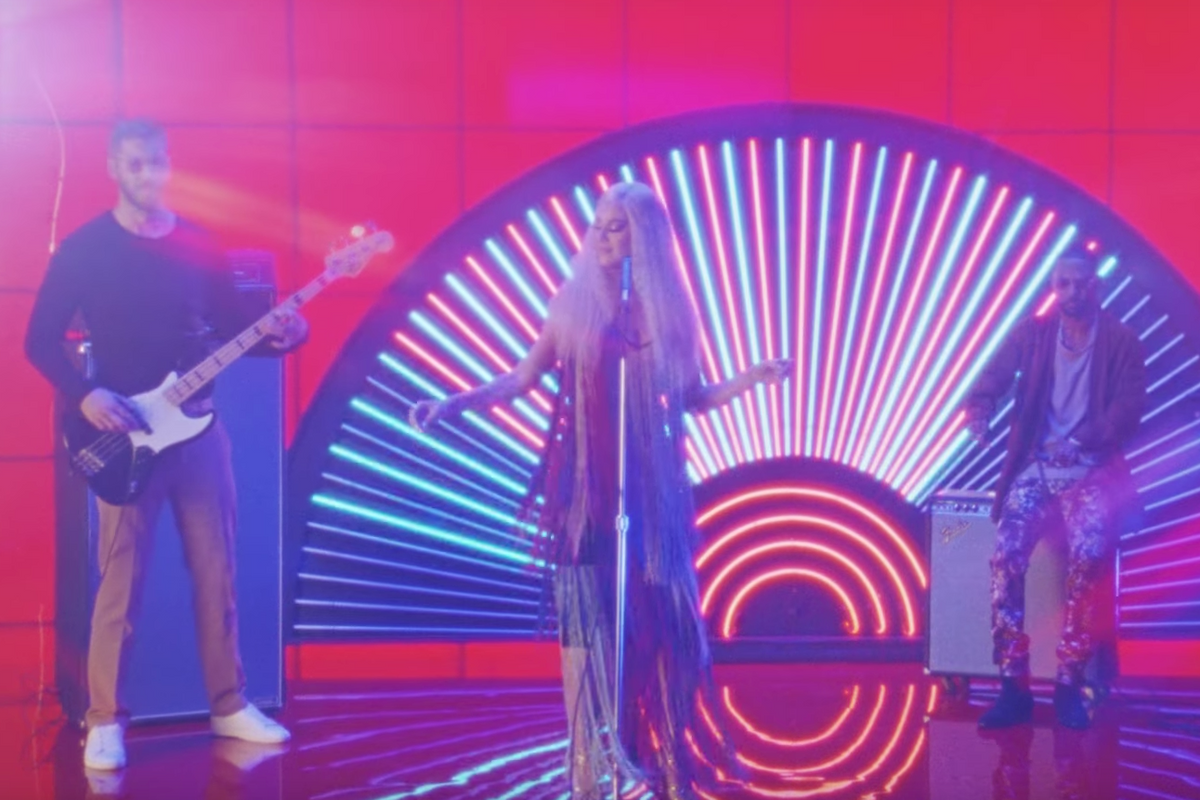 Katy Perry was busy hosting the VMAs last night but Calvin Harris had other plans. As the ceremony dragged along (with a few high points for good measure), Calvin Harris released the video for "Feels," his star-studded single that features Perry, Pharrell Williams, and Big Sean.

Though the video leaves much to be desired — nothing really happens exactly — it has an amazing color palette! In the visual, all four performers stand in a line on stage (with Calvin on guitar, Pharrell on keys, Big Sean patiently waiting in the background for his part to come up, and Katy playing the role of lead singer in the center) while a vibrantly lit semi-circle lights up to the tune of the beat and small bulbs flash all around.