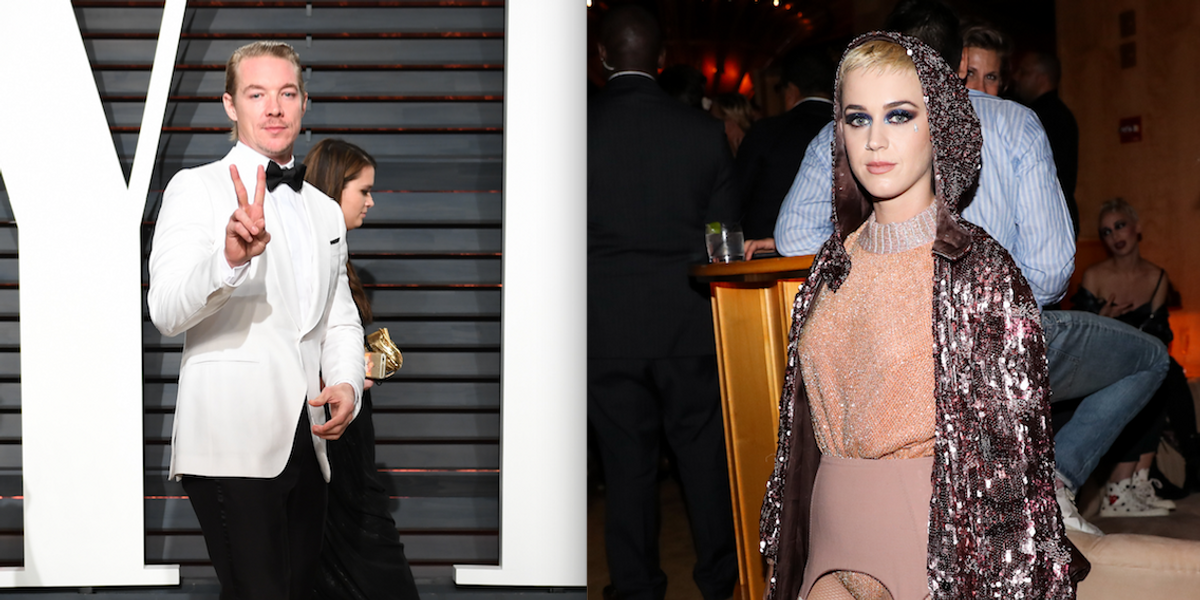 Katy Perry Might Have Ranked Diplo as the Worst in Bed, But Diplo Doesn't Even Remember the Sex At All

Some of you may recall that, during the four-day "World Wide Witness" livestream she hosted to coincide with the release of her new album Witness, Katy Perry spent one segment talking to The Late Late Show's own James Corden. At one point, the "Carpool Karaoke" host guided Perry through a game of "Spill Your Guts or Fill Your Guts," where she was asked to rank three of her celebrity ex-boyfriends in bed.

Of course, this wouldn't be an easy question for anyone to answer. But as part of the transparency she wanted to exhibit during this special project, she obliged. According to her rankings, John Mayer was the best, Orlando Bloom fell in the middle, and Diplo was the worst. Naturally, everyone had comments to make — particularly since Diplo has built a name for himself as an industry playboy.

But luckily, Diplo took it all in jest and responded in the only way that would make sense for him: by denying that he even remembers having sex with the "California Girls" singer in the first place. In response to an article that VICE's electronic music vertical THUMP posted on Twitter about the rankings, Diplo simply replied, "I don't even remember having sex."

He quickly followed up by tweeting a picture of him sitting high above an incredibly packed crowd with a sly subtweet. "I won the bronze metal in sex Olympics," he said, completing his caption with the medal emoji.

Hey, bronze isn't gold, but at least he placed, right?