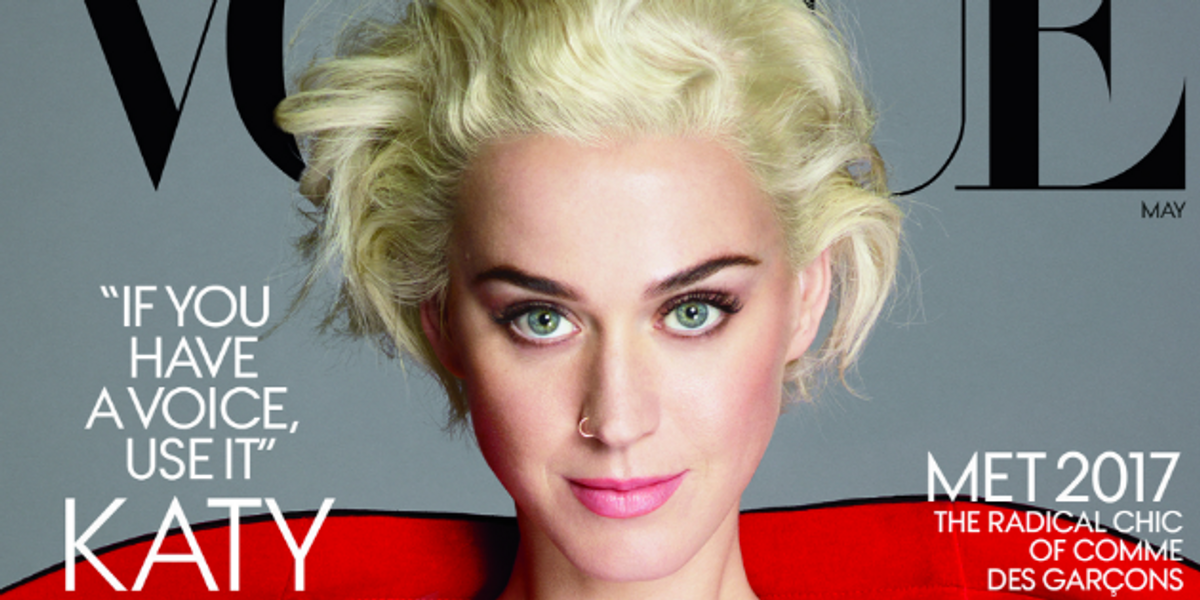 Katy Perry, who has campaigned for Barack Obama, Hillary Clinton, and even performed at the Democratic National Convention, said that the election "brought up a lot of trauma" from her childhood, echoing the sentiments so many women have been sharing since nearly the very start of Donald Trump's campaign and certainly since Pussy Gate.

In a new Vogue interview, Perry admits that after the election, "I was really disheartened for a while; it just brought up a lot of trauma for me. Misogyny and sexism were in my childhood: I have an issue with suppressive males and not being seen as equal. I felt like a little kid again being faced with a scary, controlling guy. I wouldn't really stand for it in my work life, because I have had so much of that in my personal life."

Perry famously grew up in a ultra-conservative Christian environment, and has said that she only knew who Madonna and Marilyn Manson were because she and her family would picket their concerts. Her evolution over the years - stylistically, musically, and politically - is all part of what she calls her lifelong "reeducation."

The Teenage Dream singer added that though the election results were discouraging to say the least, she believes young women are the ones driving forward progress and will ultimately save us all.

"It's an awakening that was necessary because I think we were in a false utopia . . . we can't ever get that stagnant again," she told Vogue. "I am so grateful that young people know the names of senators. I think teenage girls are going to save the world! That age group just seems to be holding people accountable. They have a really strong voice -- and a loud one."

She also advocated for using one's voice and platform, "I don't think you have to shout it from the rooftops, but I think you have to stand for something, and if you're not standing for anything. You're really just serving yourself, period, end of story."

Perry plans to use her platform for good, and seems to have grown up considerably since her whipped-cream-shooting bra days. "'California Gurls' and fluffy stuff would be completely inauthentic to who I am now and what I've learned," she said. "I do believe we need a little escapism, but I think that it can't all be that. If you have a voice you have a responsibility to use it now, more than ever."