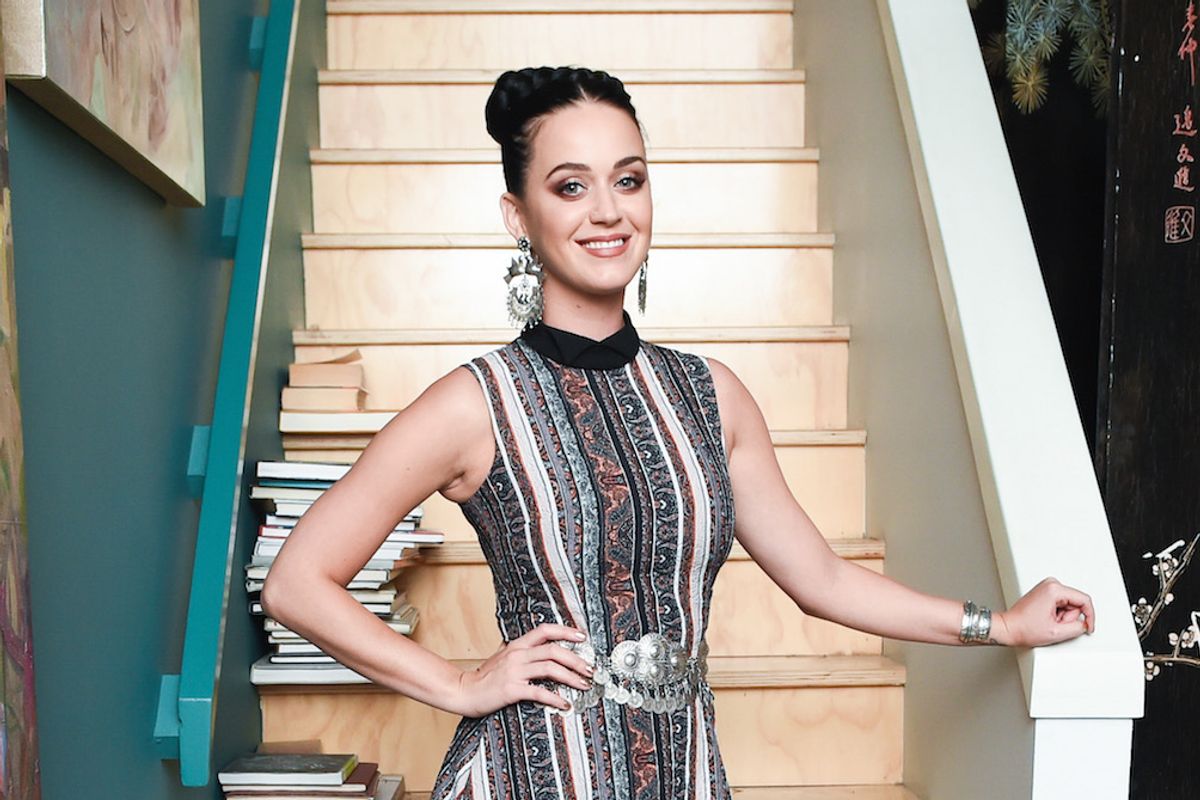 Over the weekend, Katy Perry posted an Instagram-open letter in support of Planned Parenthood and the bastion of hope it will be for women during Trump's outwardly misogynistic administration.

Perry, who was a staunch supporter of Clinton's campaign, urged her fans and the rest of the world to take action and donate whatever they can to the organization, which has helped/advocated for female healthcare for over a century; Perry, whose birth name is Katheryn Hudson, tied in her own personal story with PP, and why it's so important for middle class families.

It's time to turn words into action❗️There are so many steps to take, but my first vow is to support organizations that may have their funding support taken from them in the future by the government.

I am making a public donation to Planned Parenthood for the teenage me who made several visits to first a clinic in Santa Barbara and then Los Angeles, CA to educate myself on my sexual health, a subject I had little to no information on because of my sheltered upbringing. I had no idea how things worked down there, and had no idea how to make a plan for them.

Planned Parenthood educated me on my body and my reproductive health, so that I could focus on my dreams and using my voice until I knew the timing was right for me to make a plan to have a family. Since then, I have been able to focus wholeheartedly on bringing messages of strength and becoming a voice for others. Without this education, I may have had a different life path.

That is just my experience, but I know Planned Parenthood's broader range of services can sometimes be the only medical support low-income families ever see. I know what it's like to need help. I came from a lower- to middle-class family and never grew up with the option of health insurance. I remember having 13 cavities as a teenager, and the best option my parents could come up with was to try and take me to Mexico because we couldn't afford anything in California.

I am grateful for and stand in support of Planned Parenthood for giving Katheryn Hudson the knowledge to plan, and for continuing to be a haven for women to learn all options for their future. Now, more than ever, we all need to protect and create safe places for each other. I hope I can help inspire you to make a gift as well, and become a member and an ally.

The pop star revealed that she donated $10,000 of her own money for PP--an incredible gesture of solidarity.