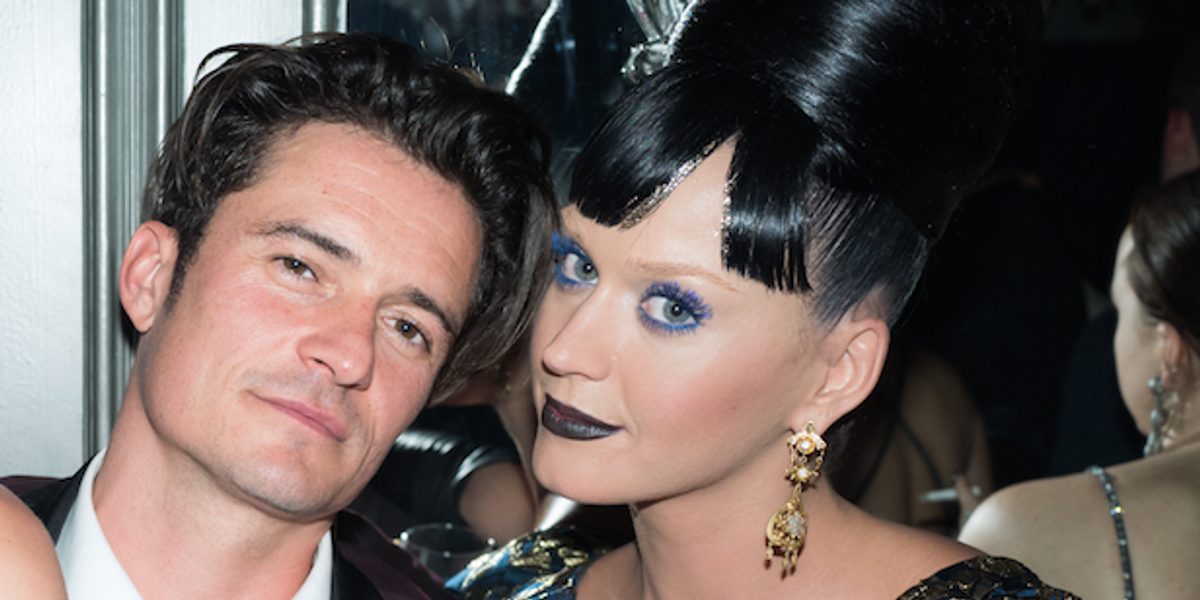 Katy Perry and Orlando Bloom Have Broken Up and Are Calling it "Taking Respectful, Loving Space"

Just one year after their reported introduction/canoodling at the 2016 Oscars, Katy Perry and the man she was keeping relevant, Orlando Bloom, have called it quits.

It's been a roller coaster of a ride, with penis shadows and a whole freaking lot of PDA, but Katy and Orlando have officially decided to follow the route of Gwyneth Paltrow and Chris Martin end things and ask their reps to call it some whole other thing. While the Martins had "conscious uncoupling", Ploom are "taking respectful, loving space" from each other.

This may come as a surprise considering the two were photographed looking happy as clams at the Oscars' Vanity Fair after party on Sunday night, but hey, the inner workings of celebrity appearances are far too complex for little old me. Also along the mixed messages vein, Bloom posted a picture yesterday with Perry's very beautiful dogue.

All I can tell you is their reps have confirmed the split and this person is devastated about it already, so you know it's legit.