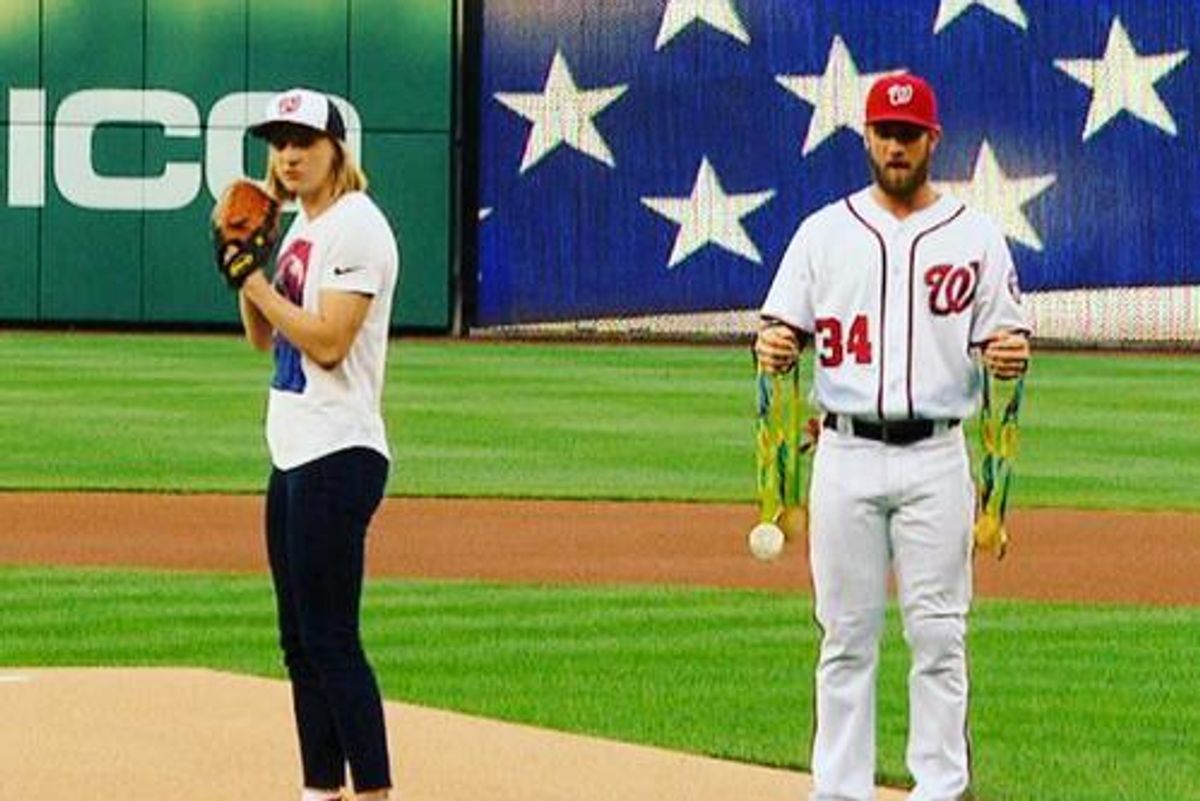 Katie Ledecky Turned Human Male Into A Medal Rack, Like A Real Queen

Katie Ledecky, Olympic swimmer, world record holder, and American hero, continued her winning streak, by throwing out the first pitch for the Washington D.C. Nationals (her hometown) against the Baltimore Orioles.

Before she did, however, the 19-year-old phenom had Nationals star/meat hunk Bryce Harper hold her FIVE Rio medals for her while she hurled that ball into the catcher's mit.

Katie Ledecky had Bryce Harper hold all of her medals while she threw out the first pitch. (via @CSNNationals) pic.twitter.com/lXdz3TAkXf
— SportsCenter (@SportsCenter) August 25, 2016

The greatest twist on "Be a dear, and hold my purse, will you?"

Katie is truly the GOAT.