Calling all Dawson's Creek fans who can now afford Broadway show tickets! Katie Holmes, who rose to stardom playing Joey Potter on the teenage-angst-filled WB drama and who rose to super-stardom by becoming Tom Cruise's wife and baby mama, is now taking on the role of Ann Deever in Arthur Miller's 1947 play All My Sons at the Schoenfeld Theatre. She stars opposite Patrick Wilson, who, let me say, if I were Katie, Cruise would have a lot to worry about. He can sing, dance, act and looks so good without his shirt off! (Yes, there is a shirtless scene, and yes, I audibly gasped.)

Dianne Wiest kept her shirt on, but her acting made me swoon. She's such a talent and John Lithgow, who I'm usually not such a big fan of, was also good in the role as the tormented Midwestern father. I think they'll both be nominated for Tonys ( I know it's early!).

Pictured are Katie Holmes, Dianne Wiest, Patrick Wilson and John Lithgow in All My Sons. Photographs by Joan Marcus. 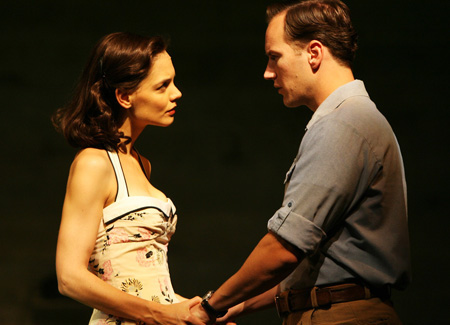 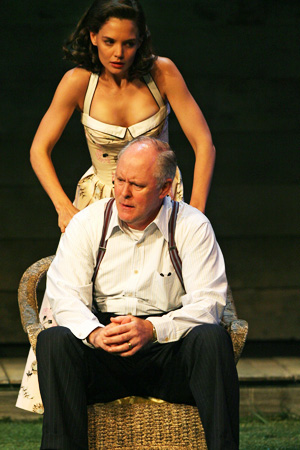 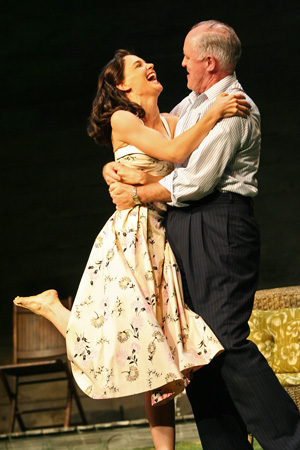 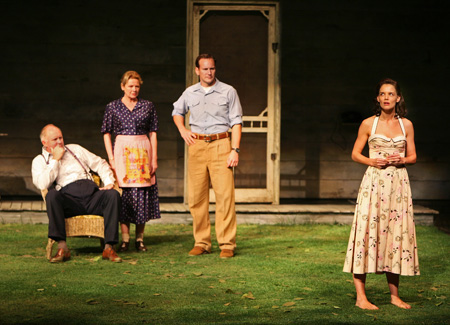