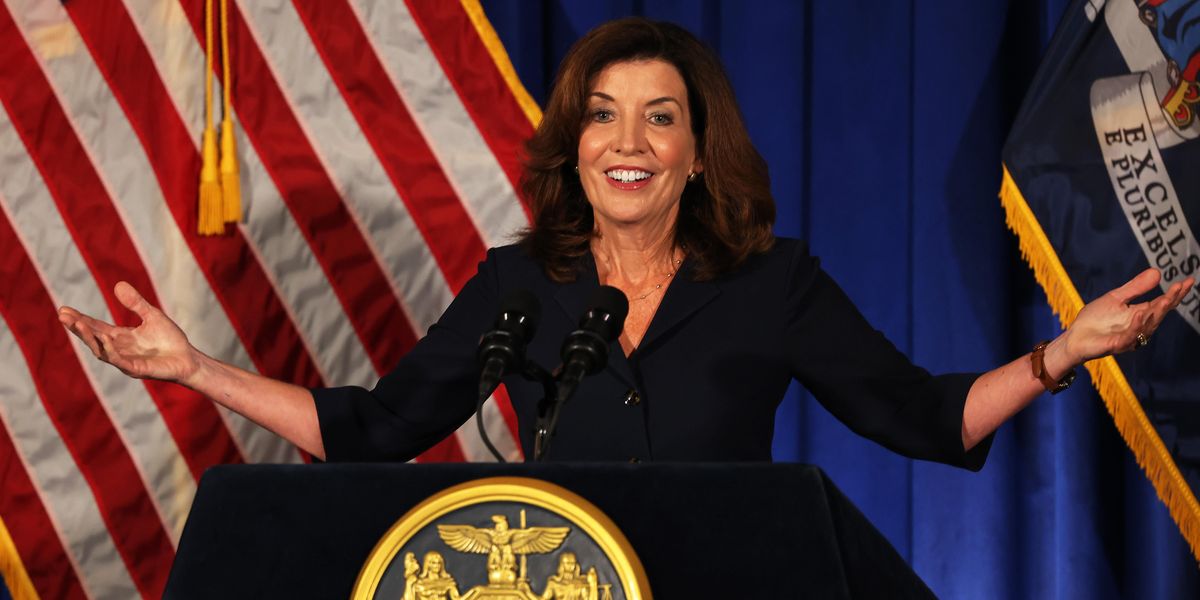 Just two weeks after Andrew Cuomo announced he would be stepping down as New York state governor amidst a massive sex scandal, former Lieutenant Governor Kathy Hochul has made history as the first woman to serve in that role.

Hailing from Buffalo, Hochul is set to serve out the remainder of Cuomo's term that runs through 2022 earning her the distinction of being the state's first female governor. A centrist, Hochul was initially brought on as Lieutenant Governor by Cuomo's team for her ability to flip some of the state's more conservative strongholds and has since gone on to be a public face for the administration, known for having "a presence at every ribbon-cutting, baby-kissing, axe-throwing event the state has to offer" according to Politico.

What Hochul also has going for her, is that she's been able to maintain a healthy distance from Cuomo amidst the sexual misconduct scandal unlike some other members of the former governor's cabinet. According to the New York Times, Hochul and Cuomo's relationship has been "largely transactional" with the two rarely having made public appearances together. Hochul has even put out a statement in response to the scandal stating "no one is above the law" (leading many to believe that he may still possibly face consequences despite having narrowly avoided impeachment) as well as publicly saying she believed Cuomo stepping down was the right decision.

"Sexual harassment is unacceptable in any workplace, and certainly not in public service," Hochul said in a statement. "The attorney general's investigation has documented repulsive and unlawful behavior by the governor towards multiple women. I believe these brave women and admire their courage coming forward."

Hochul's historic appointment is just the latest development in a sexual harassment scandal that has dominated the headlines for the past few months. At the beginning August, the New York Attorney General's office released an investigative report that detailed the accusations from at least 11 women of sexual harassment and inappropriate behavior in the work place by Cuomo. The former governor had faced mounting pressure to step down from fellow legislators, members of Congress, the President of the United States, the public and more ahead of announcing his formal resignation. Cuomo has repeatedly denied the allegations, insisting that he does it "with everyone. Black and white, young and old, straight and LGBTQ, powerful people, friends, strangers, people who I meet on the street."

Hochul has vowed to help remedy the "toxic" work environment that plagued the previous administration, saying "I have a different approach to governing, I get the job done because I don't have time for distractions, particularly coming into this position."