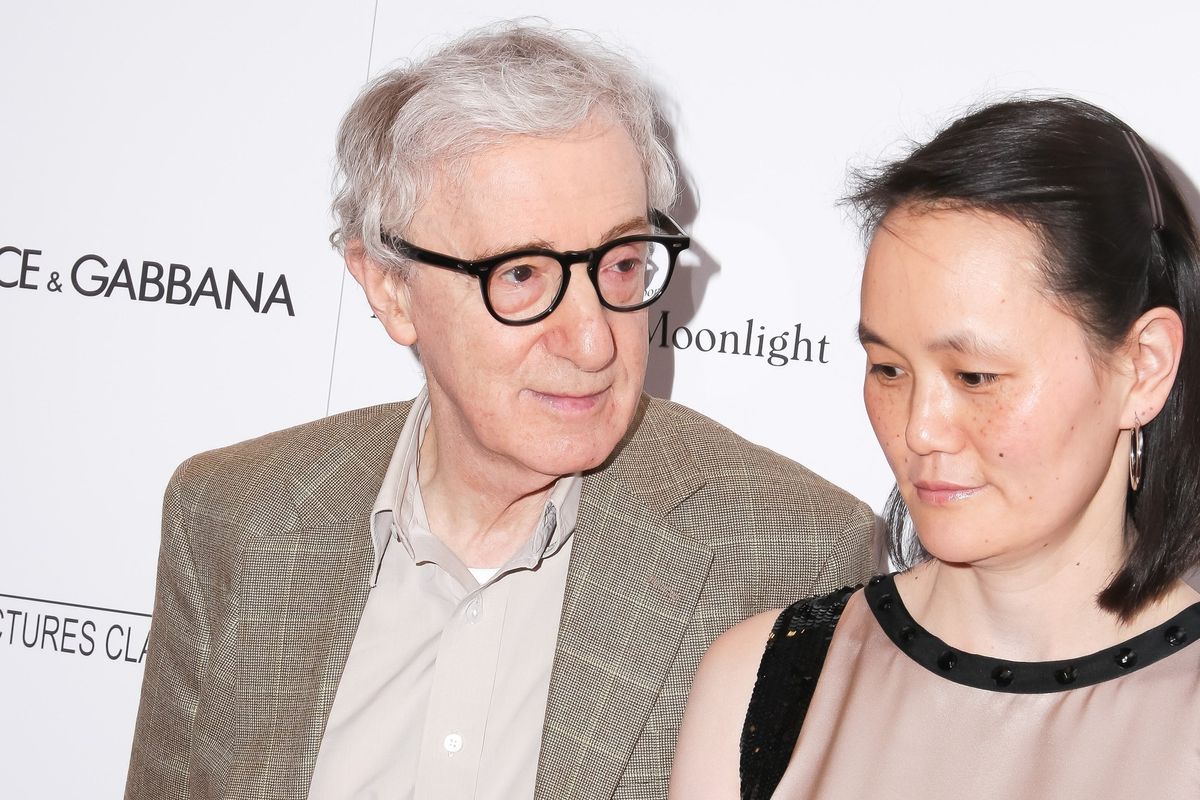 Woody Allen Once Introduced Soon Yi As His "Child Bride"

Here's your "scream into your hands" moment of the day...well, I'm sure there'll be a new one in an hour, but for now:

In Kathy Griffin's new book, Kathy Griffin's Celebrity Run-Ins: My A-Z Index, the comedian mentions a particularly ghastly interaction with Woody Allen, the first time she ever met him at a dinner party in 2014.

Allen left his partner of 12 years, Mia Farrow, for Soon Yi in 1992 (who was Farrow's adopted daughter with ex-husband André Previn, and we all know what nightmares have resulted since (that initial nightmare).

She then mentions how, after a lull in conversation, she brought up Miley Cyrus, which seemed to perk his interest (ugh); he told her he had seen "every episode of Hannah Montana," and he was "concerned" about her then-raucous phase.

Page Six says Griffin states, ""Yeah. Pick your jaw up off the floor and let that nestle somewhere uncomfortably in your stomach" after that little ditty of horror.

Cyrus went on to star in Allen's Amazon series Crisis In Sex Scenes.