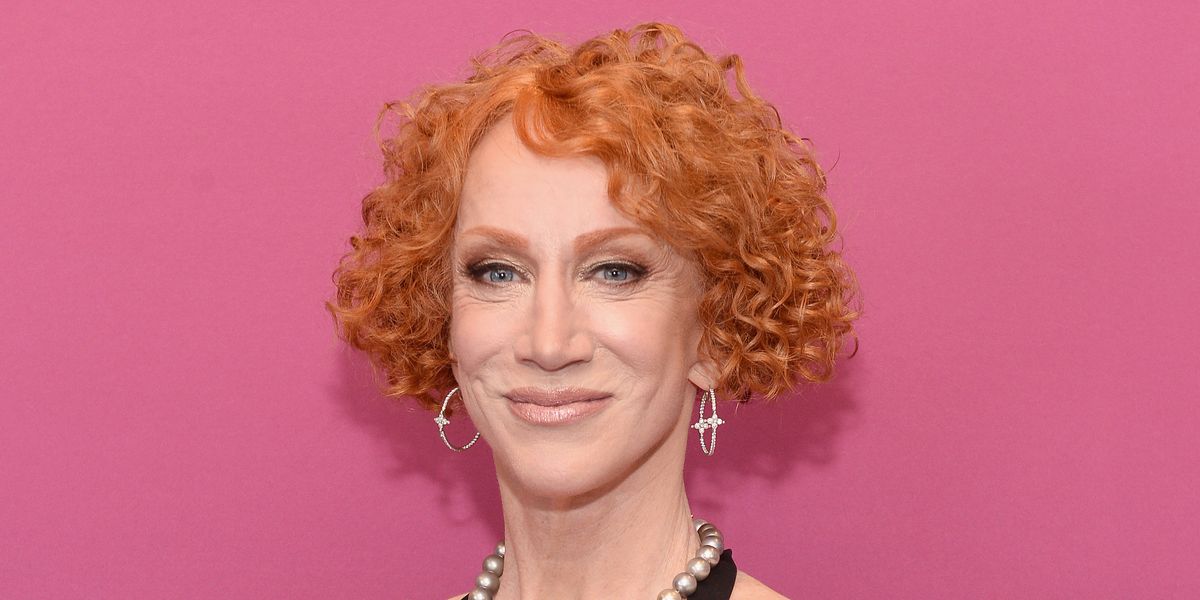 In 2017, Kathy Griffin set the internet ablaze when she posted a mock execution photo that featured her holding the head of President Donald Trump. Three years later, she's brought the clip back up by retweeting it in the midst of an intense election — and the reaction has been just as intense as before.

Related | The Resilience and Resistance of Kathy Griffin

Griffin reposted the image without comment, prompting Twitter to swiftly flag it for potentially sensitive content. Scores of comments under the tweet reignited the fervor that led to her getting sacked from CNN when she originally posted the photo in 2017. But unlike last time when she apologized for posting it, she was ready for naysayers.

"It's not just that Trump corrupted the election exactly the way he said he would, post office etc, it's that 66 million + of my fellow Americans happily voted FOR Racism, Sexism, Qanon insanity. Pandemic denial, Kids in cages, Voter suppression, Church over State, Climate disaster," she wrote.

Griffin also celebrated a birthday soon after her post, and had a pointed message for Trump supporters when thanking a friend for giving her birthday wishes.

Thank you my friend. And fuck those white bitches who voted for TrumpracismPenceracism https://t.co/WNU5FmO0BC
— Kathy Griffin (@Kathy Griffin)1604533023.0

In a 2019 interview with PAPER, Griffin detailed just how much her infamous photo impacted her life. "I'm sorry to announce that I'm still very much blacklisted," she said. "I've literally had three days of paid work in the last year."

She continued, "Any day, I'm prepared for the president, or Don Jr., or any of those folks to tweet about me and the wood-chipper to start again."