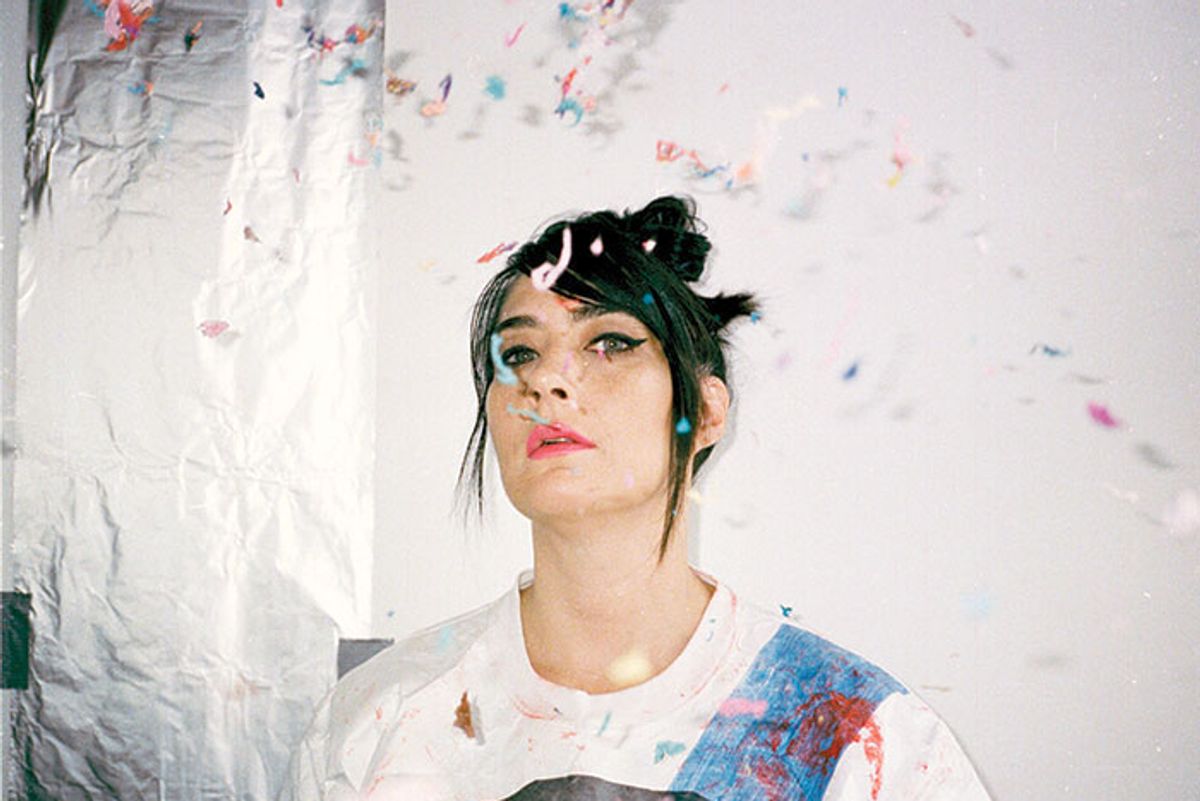 While we wait for the Julie Ruin's new album, Hit Reset, to drop in July, you can now tide yourself over with Kathleen Hanna's cover of Bruce Springsteen's "Dancing in the Dark." Hanna's stripped down rendition appears on the soundtrack for Rebecca Miller's upcoming movie, Maggie's Plan, starring Greta Gerwig and Julianne Moore (and in which Hanna has a cameo). The cover also features Maggie's Plan actor Tommy Buck.

Something tells us Courtney Cox would love this version.

Watch Waxahatchee's Katie Crutchfield in the Julie Ruin's new video for "I Decide." And read our 2013 feature with the band here.