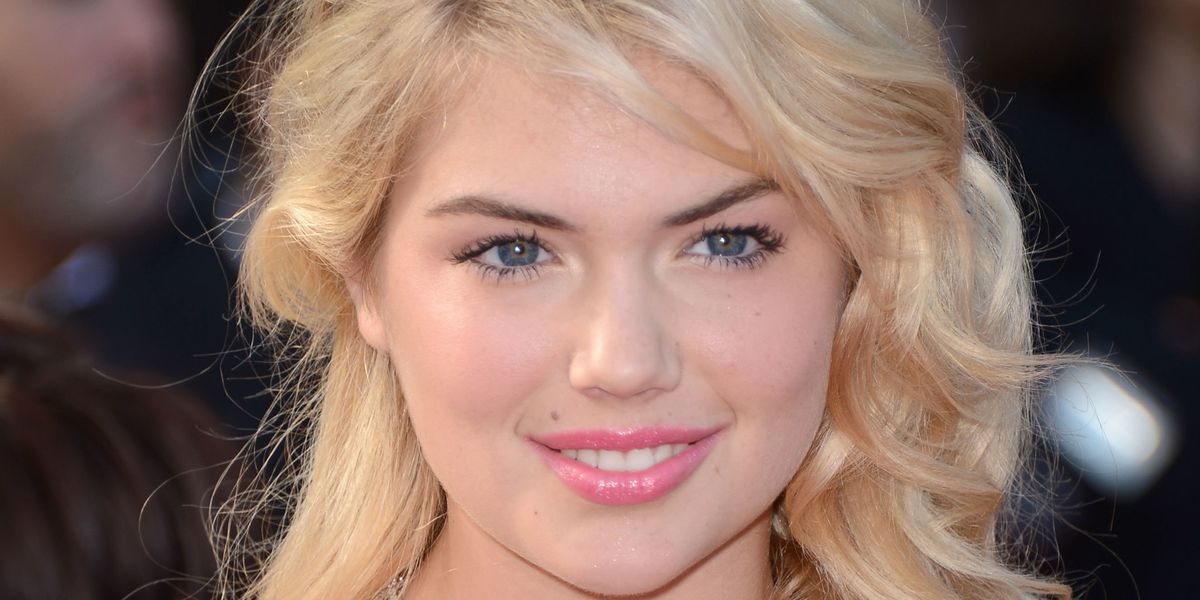 A week ago, Kate Upton tweeted her disappointment in Guess for enabling co-founder Paul Marciano to continue on in a position of power. While she didn't expand any further at the time, Upton did allege Marciano "sexually and emotionally" harassed women, and has now detailed her experience in full to TIME. Warning: it's very bleak.

In their initial meeting, while Upton was shooting a Guess lingerie campaign in 2010, Marciano allegedly began groping the supermodel to ensure her breasts weren't implants.

"Paul came straight up to me, forcibly grabbed my breasts and started feeling them — playing with them actually. After I pushed him away, he said, 'I'm making sure they're real,'" Upton reports. "Despite doing everything I could physically do to avoid his touch throughout the meeting, he continued to touch me in a very dominating and aggressive way, grabbing my thighs, my arms to pull me closer, my shoulders to pull me closer, my neck, my breasts, and smelling me."

According to Upton, Marciano then requested photographer Yu Tsai leave, though he refused after receiving a text from Upton asking him to stay. "That did not stop Paul's constant grabbing," the model says. "I was extremely shaken, surprised and scared. At one point he forcibly grabbed the back of my head so that I could not move and started kissing my face and my neck. I remember not wanting to say 'Get off of me' because I didn't want to open my mouth to say anything because I didn't want him to be able to put his tongue in my mouth."

She claims that she was later fired from the shoot ("someone had called my agency to say I had gotten fat") when she refused to allow Marciano to come to her room.

"Paul's texting increased, telling me how excited he was to see me, that he wanted me to change in front of him so he could see my naked body getting into his clothes," Upton recalls, telling the publication she came to an agreement with Yu Tsai to never be left alone with Marciano. "He asked if I thought of him when I was posing sexy on set. All the language he used was extremely dominant and possessive. At one point, to avoid Paul coming to set, I told him my boyfriend was going to be there. He was absolutely furious at that. It was an emotional and non-stop battle of games, power struggles and creative avoidance tactics."

Guess fired Yu Tsai, and brought in (PAPER fave) Ellen Von Unwerth. When Marciano allegedly grabbed Upton's arm on set to coerce her into having dinner with him, Von Unwerth reportedly took her away.

"After that he was extremely upset," Upton says. "I had a final shoot [in May of 2011], and he was outwardly rude and degrading the entire time. He said I was 'disgusting' and started telling people how unprofessional I was by spreading rumors that I was drunk on set and partying every night, which of course I wasn't. I was then told to leave because Paul had said, 'Get that fat pig off my set.'"

Upton continues, revealing Marciano's behavior made her consider giving up her burgeoning modeling career, but she will no longer let a man make her feel like she doesn't have options. "Paul used his power to make me feel insecure and powerless, but I'm not going to let him intimidate me anymore.These men think they are untouchable, but times are changing."

Marciano has responded to Upton's claims, calling her allegations "preposterous." He told TIME, "I have never been alone with Kate Upton. I have never touched her inappropriately. Nor would I ever refer to a Guess model in such a derogatory manner."

It's worth noting Marciano also released a statement with regards to Upton's initial posts, and was apparently prepared for her to allege he groped her.

"She leveled this malicious and false accusation only hours before a gala event at our headquarters in Los Angeles unveiling a new Guess campaign," he said in a statement. "Ms. Upton told TMZ that 'I'm excited to tell my whole story...' I am told that she has been working with others for some time to defame me and will claim that I groped her among other things."

When Upton came forward on social media, two other women responded thanking her for her bravery and touting similar experiences with the Guess head.