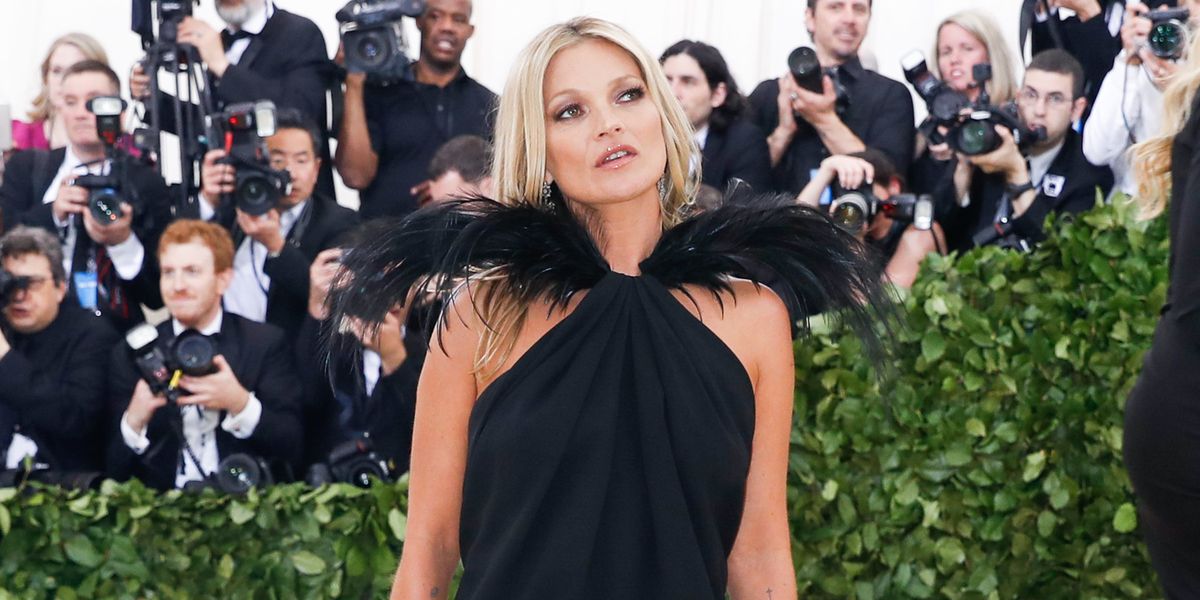 Kate Moss co-hosted The Met Gala in 2009 with designer Marc Jacobs and Justin Timberlake, which would become her last visit to The United States in 9 years because of visa issues. Now, just in time for fashion's holiest night, the fashion icon has returned in all her haute couture glory for Met Gala 2018.

Moss was at last night's New York event wearing a short, feathery, black Saint Laurent dress paired with strappy black heels, looking like the most casual angel ever. While it was subtle in comparison to some of the night's outrageous looks, Moss has always been known for her effortlessly cool style.

Perhaps even more exciting than her Met Gala dress, though, was the outfit she donned before the event. Moss was spotted sporting a black leather jacket that said "Make America Kate Again."

Finally, a slogan we can get behind!

The jacket was hand-painted and made by Alyson Eastman, a designer who launched her brand in 2016. The company makes silk-lined leather jackets with leather from Italy and Argentina. The jackets are made in the U.S. at "factories that offer workers fair wages," the company's website says.

The jacket Moss wore will soon be available on the company's website. Keep an eye out for it here.