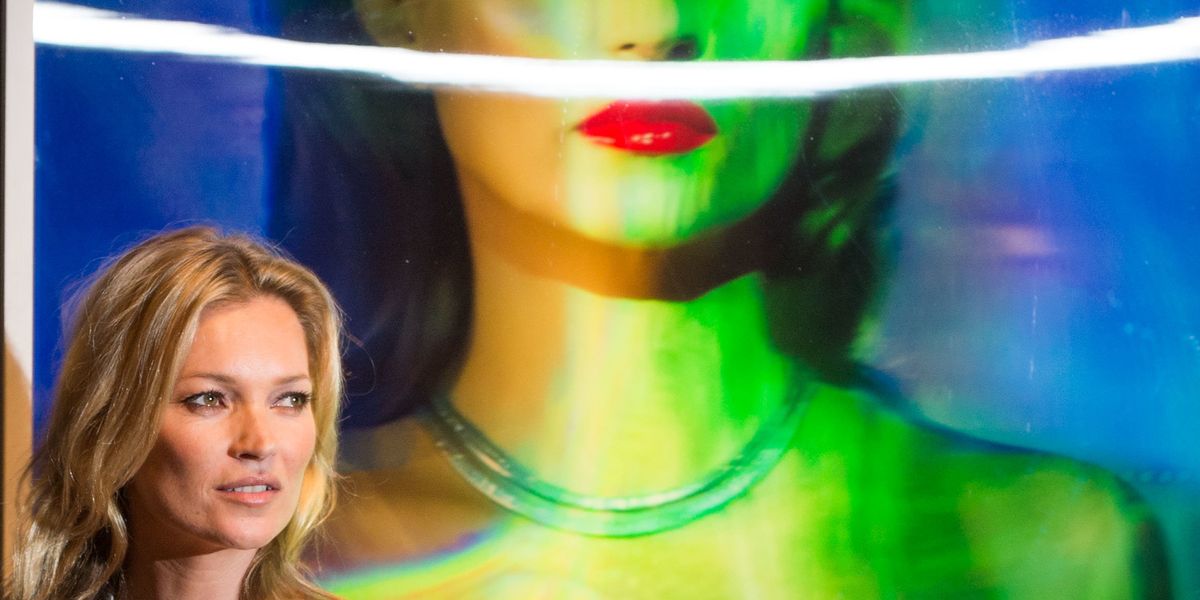 Kate Moss Bust Made Entirely of Gold Up For Auction

In case you didn't know, gold, the non-corrosive and mesmerizing "king of metals," as it has come to be known, has transfixed the rich and the greedy for millennia, sometimes to maniacal proportions. In this millennium, its shimmering quality made a villain out of a Dutch character played by Mike Myers in the early aughts; Beyoncé literally rolled around in a pile of it in "Upgrade U;" barely-known Christian-pop singers even described "inner light" as "gold," so it would appear that no matter what era we belong to, truly gold has something for all of us.

Bringing the idea of the Midas Touch to life is auction house and fine art exhibition space Sotheby's, who will be holding the world's first ever live and online auctions dedicated entirely to gold this fall in London. The show, by the way, is literally called "The Midas Touch." It features sculptures, sacred objects, contemporary art, ancient texts on the craft of goldsmithing; a merging of old and new styles of gilded artmaking through the ages.

The sale of the items up for auction will include a gold bust of Kate Moss from 2010, entitled "Song of the Siren." Also, Quinn made a whole series of Kate as goddess figure, more cultural hallucination than flesh and blood, including an 18-carat gold sculpture of her as a siren, circa 2008. I can't.

And according to a press release announcing The Midas Touch, it is estimate to start bidding at a cool 300,000 euros and up (in case you've got $350-grand worth of chump change buried deep in your sofa cushions. No? OK). Anyway, if you've got it like that, Kate Immortal and other fabulous items can be yours if you happen to be in London on October 17, or if you've got your credit card ready on go for online bidding between October 9 and 19. Further details are forthcoming.