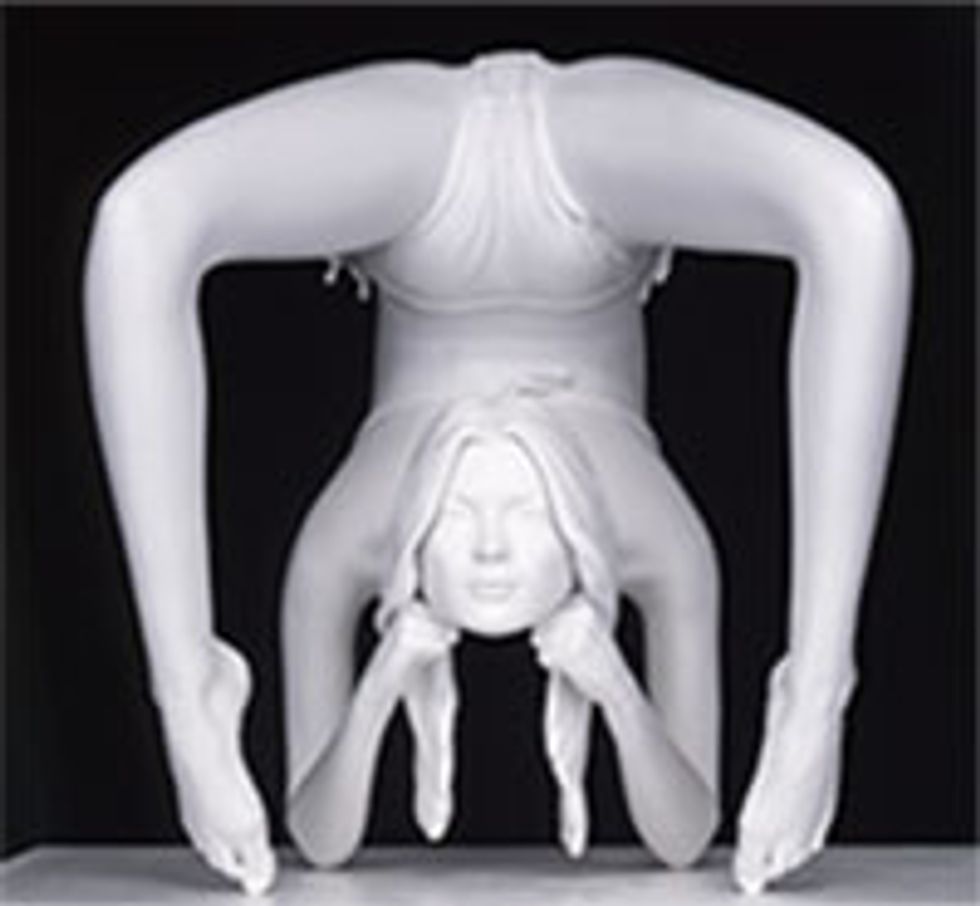 Kate Moss's Topshop line makes its U.S. debut tomorrow at Barney's. Many early reviews for her Topshop line have been less than flattering, but there's no accounting for taste, so expect to see these items flying off the racks. The cash registers will be ringing not only for Moss and Barneys, where it will be among the cheapest items sold in the store, but also for artist Marc Quinn. Quinn's sculptures of Moss in various yoga positions are on display at the Mary Boone Gallery through June 30. This is far from the first time Moss has served as muse for artists. Artcritical reminds us that W, following in the footsteps of British Vogue, commissioned artists and photographers to immortalize the uber model waif as well. The list of artists (not commercial photographers) who have used her in their work include Chuck Close, Lucian Freud, Alex Katz, Lisa Yuskavage, Richard Prince, Chapman Brothers, Gary Hume and Tom Sachs.