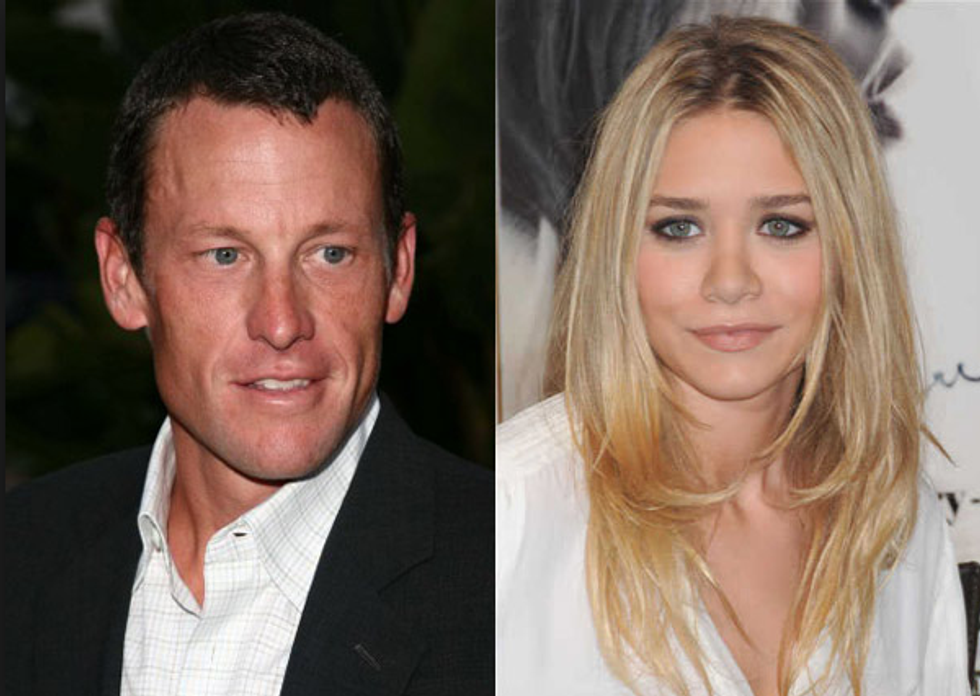 Kate Hudson and Nick Jonas Might Be Doin' It...5 Other Fleeting Celeb Hookups

PAPERMAG
Oscar-nominated actress, and Gwyneth Paltrow's dear friend, Kate Hudson, is rumored to be "seeing" Nick Jonas.
In case you're reading this in a Panera bread right and feel awash in an overwhelming sense of "This news truly has no impact on me while I slurp my broccoli cheddar soup," stay with me.
While it's totally lame to feel offended by their 13 year age gap in 2015, it is CERTAINLY fine to feel offended by where their first "low-key" date was...
...Disneyworld.
Yes, TMZ maintains that Kate and Nick were seen canoodling around the Magic Kingdom, and even "coordinated" in white T-shirts. Ew.
Later that night, Kate attended the ab-heavy Jo Bro's set at the House of Blues in Orlando.
Imagine Kate bobbing her head to "Jealous" backstage with a glass of white wine in her hand.
On Friday, Kate was head-to-toe in denim, as the twosome reportedly"went clubbin' in NYC.
Kate's having some fun post-split (from fiancee/Muse frontman Matt Bellamy), and anyone could certainly support her journey with Nick.
They're both gorgeous, and probably clank their hip bones together and laugh and laugh. So, good for them.
But it's still random AF.
Let's look back at some other of our favorite ephemeral celeb pairings of the past few years, dispersing as fast as a dandelion in an October gust.
5. Kaley Cuoco and Henry Cavill
-In early 2014, Kaley Cuoco-No Longer-Sweeting and Man of Steel's Henry Cavill held hands and walked around LA while she wore an unfortunate cheetah print, to the dismay of women and gay men everywhere. Thankfully, the tryst was 10 days.
Then she got married to Ryan Sweeting, and then they got divorced.
Then she turned to horseback riding for comfort.
4. Johnny Depp and Ellen Barkin.
-The two dated briefly in 1994...right before he started a two year relationship with Kate Moss.
While both are 100% out of Johnny's league, a Barkin/Depp union just makes perfect sense to me.
3. Ashley Olsen and Lance Armstrong.
-In 2007, Olsen (then 21) was seen tongue-kissing the defamed cyclist and adulterer (and Kate Hudson's ex!) at a bar in New York.
We're sure Ashley replied with a "Who's this?" after Lance enthusiastically texted her the next day to hang again.
2. Moby and Natalie Portman.
-Oh word.
1. Oprah and Roger Ebert
-O and Roger went on two dates when they were first starting out in Chicago. I just hope they got to power-fuck at least ONCE.
You May Also Like
Famous People