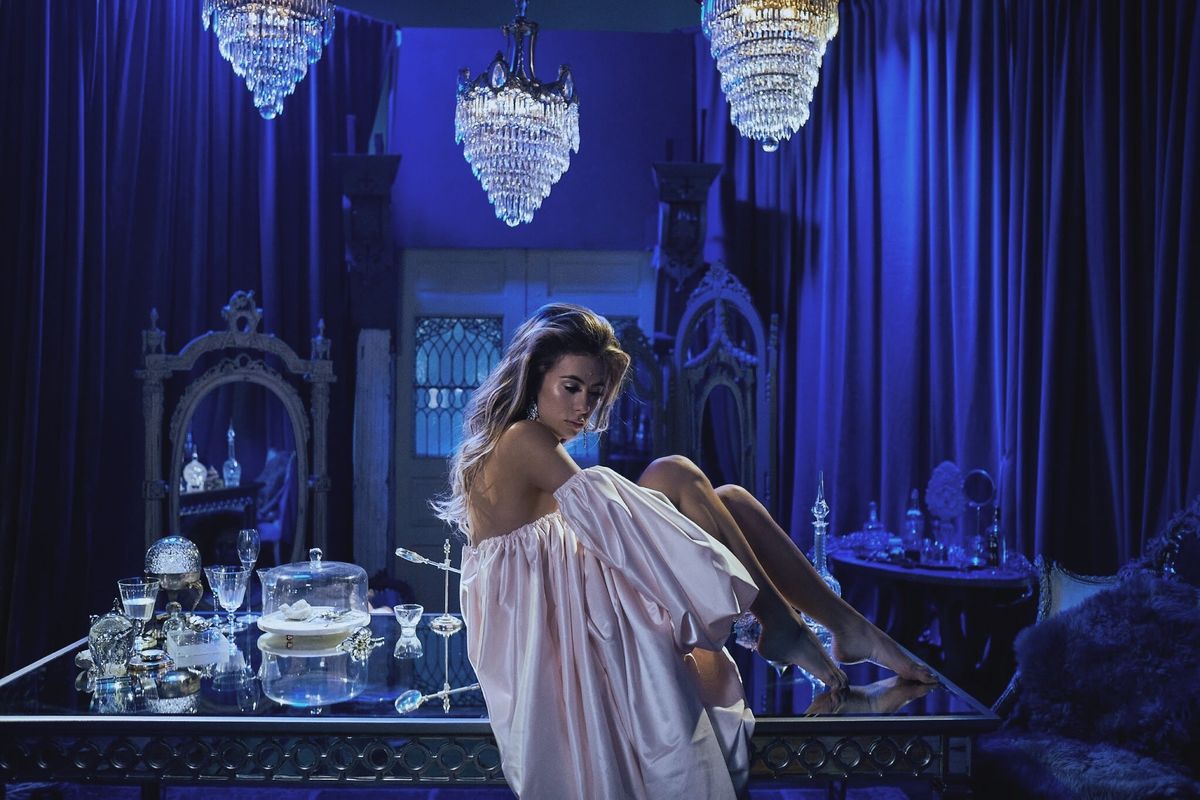 Kassi Ashton Is the Next Big Country Superstar

Rising country star, Kassi Ashton, has never been one to pull her punches. A California, Missouri native, Ashton quickly outgrew the sameness of her hometown in favor of Nashville's higher calling. She is part of a new wave in country that is finally shedding the hackneyed beer and pickup truck cliches that dominated the genre's hyper-patriotic landscape for the past decade in favor of a more inclusive vision for the future.

As evidenced by Kacey Musgraves' recent Grammys sweep and the ongoing cultural yeehaw moment, the public is ready for a new generation of country stars — and Ashton is on track to join their ranks.

Her latest single, "Pretty Shiny Things," is bone-chilling in all of its stripped back acoustic glory. A tale about a mother hiding a darker side behind a pristine veneer, Ashton's voice nearly collapses under its own weight as she pushes it to an emotional extreme.

Further heightening the drama, Ashton immerses herself in a crystalline world of her own creation (predictably full of many things that are shiny and also pretty) for the song's visual. Sleepily rolling around in plush blue velvet curtains to an empty auditorium, "Pretty Shiny Things" is drenched in metaphorical imagery designed to drive home the song's message. At its core, "Pretty Shiny Things" is a thing of beauty that aims to disguise a darker truth but ends up shining as a haunting beacon of hope.

PAPER caught up with Kassi Ashton to talk honesty, country's future, and inner beauty ahead of the premiere of her official video for "Pretty Shiny Things."

A ballerina doll in a shiny jewelry box waiting for the box to be opened so she can perform. As she sits in the box, you see her emotional struggle between how she really feels and the charade she is used to putting on. It just so happens that the jewelry box is also a stage. I wanted everything to be mirrored so that she couldn't escape her reflection, both physically and mentally. I wanted it to feel very delicate and girly, but with a haunting stepford wife undertone. All I could see in my mind when creating the treatment was prismatic lens flares and very creamy texture.

It's interesting to put this video in perspective with your previous one for "Violins." Do see them as inhabiting the same world?

Absolutely. They're both me, both part of my story. They're both real human emotions we all feel and connect with strangers over. They both are about knowing your self worth and empowerment. Personally, I feel like both are moods that are very much needed right now.

Kacey Musgraves winning the Grammy for album of the year feels like a big moment for a new generation of country artists. What do you want to see newer artists add to the conversation?

I want honesty. I want diversity in everything from the person themselves to the topic of their songs. I want real artistry, people with a vision. I want boxes to be burned and ceilings to be shattered. And the cream to the rise to the top. That's a lot, but I'm a dreamer and with artists like Kacey fitting the bill and really being seen and appreciated, I think it's possible and necessary.

You've said that "Pretty Shiny Things" was "there for you in the middle of the night." Could you elaborate on that?

I was a senior in college and going through a very hard situation that had spanned over years and was finally coming to a head. I was losing sleep and falling apart. This song woke me up in the middle of the night like a nightmare. Or a dream. I went directly to the end of my bed and wrote the beginning. My best friend, Emily Landis, finished it by the next day after I sent it to her. It was more than a song or a piece of my story at that moment, it was an answer. I listened and never looked back.

What do you hope people take away from "Pretty Shiny Things"?

That they are beautiful on the inside. Worthy. Not because anyone else says so, but because they say so. Skeletons and secrets connect us, not separate us. We're all human. We all want to be seen for who we really are. Perfection is a long, slow killing tragedy. I'm here for them and I understand them. We're in it together.