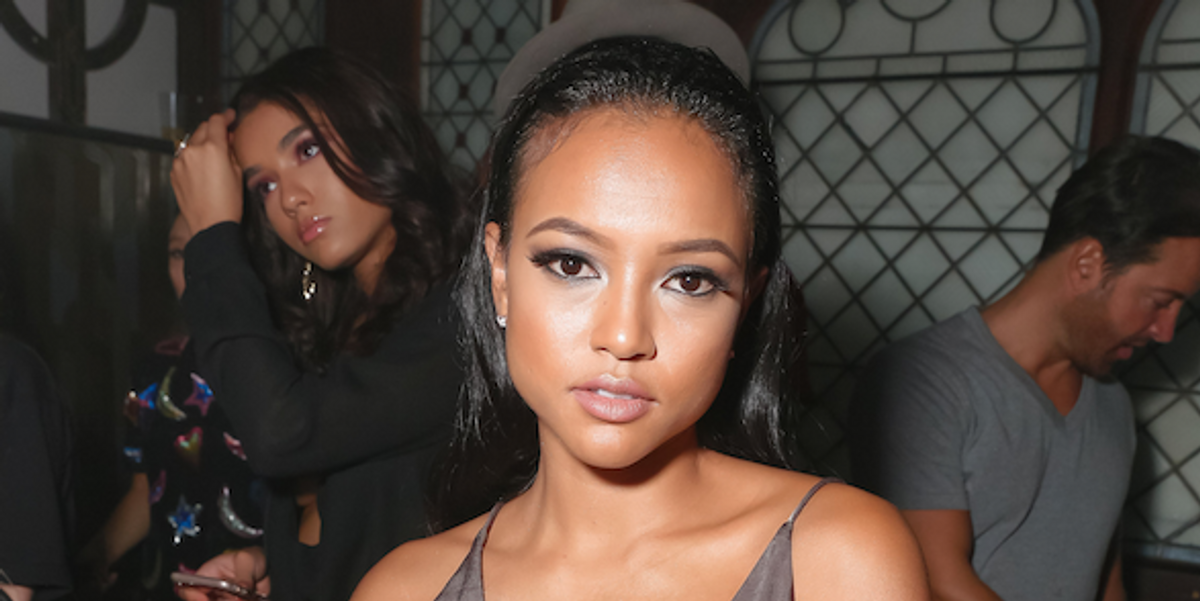 Karrueche Tran is now seeking a permanent restraining order against Chris Brown, who has thus far avoided being served three times with the temporary one Tran was granted last month.

Tran is reportedly gearing up to appear in court with Brown to enforce he leaves her alone forever. Last month she claimed to an LA judge that Brown not only pushed her down the stairs during their relationship but told multiple friends he would kill her because he "couldn't have her, no one else could."

The new restraining order dictates Brown would have to stay away from Tran for three years or face jail. You'll remember in 2009, a judge issued Rihanna with a five year restraining order (eventually lifted after two years) against Chris Brown after the singer physically assaulted her in a car while during their relationship. If Tran's allegations of domestic violence are true, Brown would still have been on probation from the Rihanna incident when he hurt her.

In the meantime, Brown took to social media to dispel rumors that he is on a "downward spiral" after a Billboard investigation revealed his anger and drug issues.

"I am not hurting out here, trust me," the singer said revealing, a collection of expensive cars.

Alright Chris, we trust you.