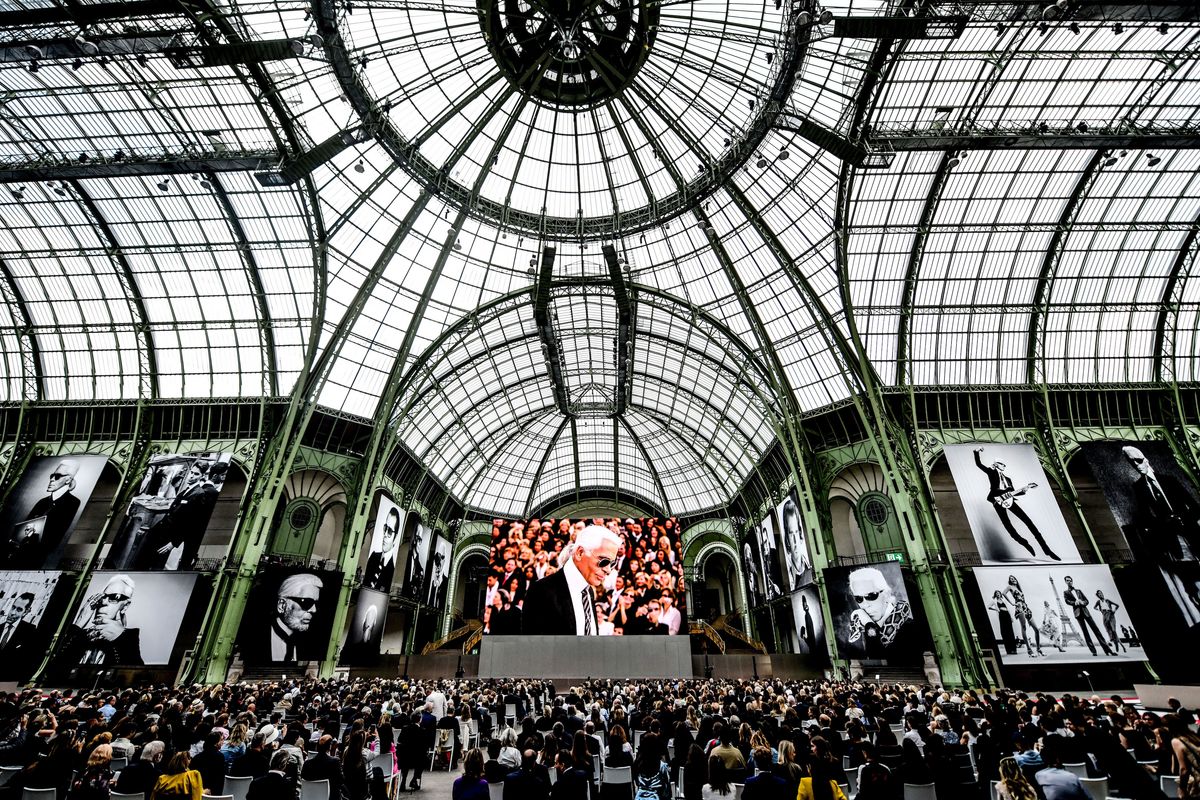 Remembering Karl Lagerfield at 'Karl For Ever'

On February 19, 2019 the world lost a truly great artist, legendary fashion icon, designer, and Chanel creative director Karl Lagerfield. And on Wednesday, colleagues, friends, celebrities, royalty, and admirers gathered at Grand Palais in Paris — where Lagerfield held many of his magnificent shows — to honor his memory with a grand celebration.

The celebration of his life, which was dubbed "Karl For Ever," was organized by Fendi, Chanel and Karl Lagerfeld's own label, with opera and theater director Robert Carsen as the director and head designer of the tribute.

Tilda Swinton and Cara Delevingne read poems, Helen Mirren read excerpts from Lagerfield's book of quotes The World According to Karl with assistance from violinist Charlie Siem, Pharrell and pianist Lang Lang performed musical numbers, and there were also a couple of dance numbers at the event as well. Other notable attendees include Gigi Hadid, designers Valentino Garavani, Ralph Lauren and Stella McCartney, and Vogue editor-in-chief Anna Wintour.

As People reports, Lagerfield has previously made his post-mortem plans clear. He didn't want a funeral, which is why the memorial was made to be a joyous occasion. He also wished to have his ashes mixed with his mother's, as well as with his late partner, Jacques de Bascher's.

See photos from "Karl For Ever" below.