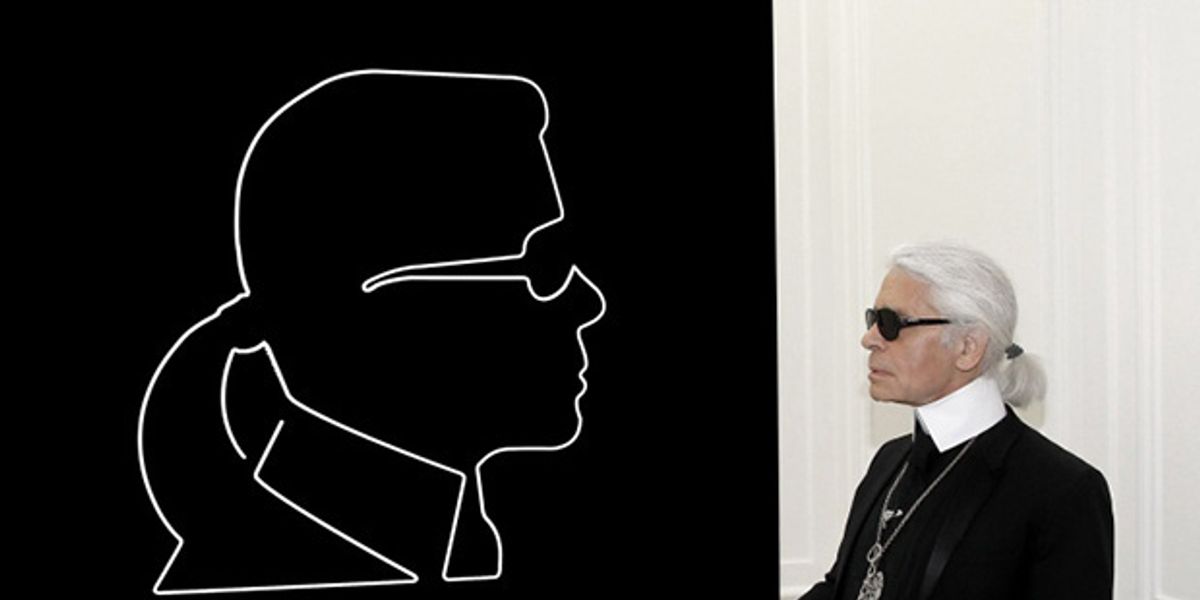 Queen bitch Karl Lagerfeld is in hot, not-fat water with the French tax authorities, who believe over the course of 6 years, the iconic designer and head of Chanel neglected to report 20 million euros of revenue made by his 7L bookshop in Paris.

Lagerfeld's shop, which he founded in 1999, houses a photography studio owned by a British firm; because it's technically owned by a foreign company, taxes for the money generated by Karl's photography were not reported to France.

The French newspaper L'Express, which initially reported the situation, says that the tax authorities are "also interested in two property investment companies and a tax adjustment Lagerfeld received in the Nineties."

Karl's reps have declined to comment, but I'm sure the first thing he'll say in response to the allegation is that "Adele is still roundish."