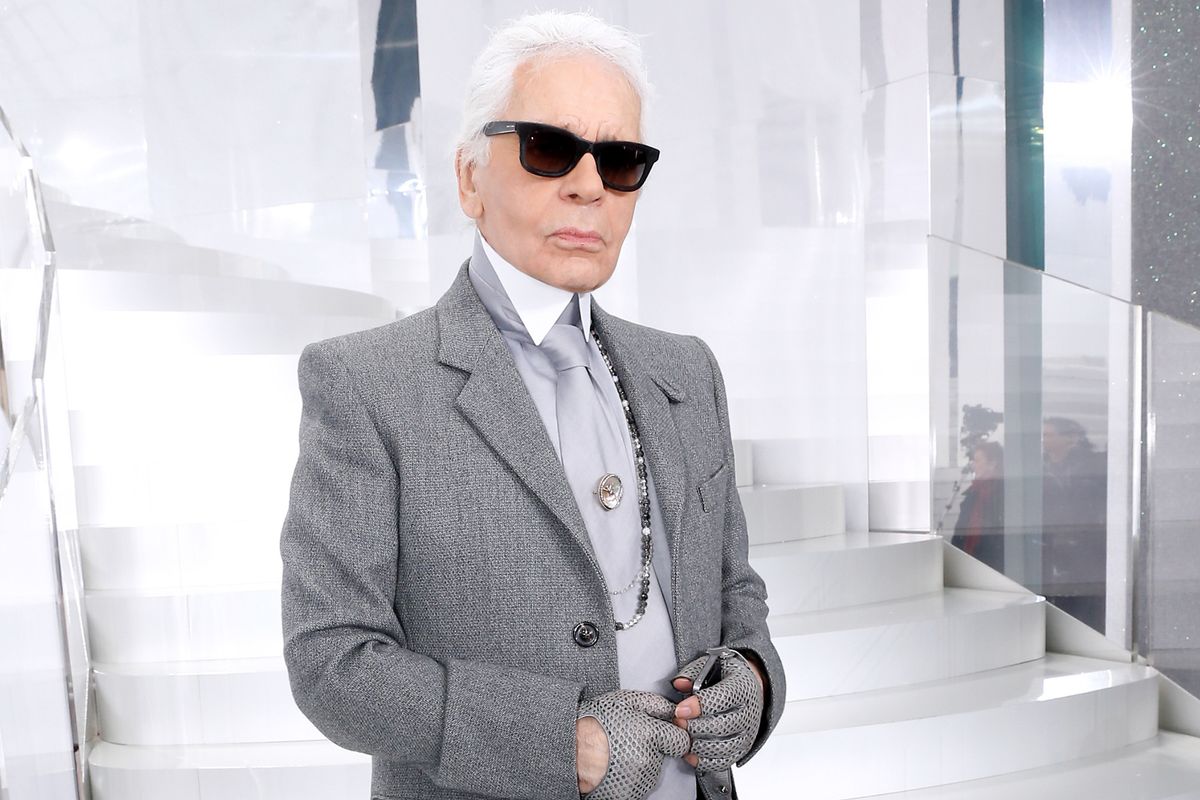 My first exposure to the world of high fashion was the CNN show Style with Elsa Klensch, which ran from 1980 to 2001 and covered the world of fashion. In the early '80s Karl Lagerfeld, who died today at age 85 in Paris, was the creative director of two super brands: Fendi and Chloe. In 1983 he became creative director of Chanel, the legendary but moribund luxury brand founded by Gabrielle Coco Chanel. Seeing how designers today complain about the crazy pace of fashion and needing to design so many collections, it's crazy to think of Lagerfeld doing three major brands (plus his own Karl Lagerfeld brand off and on over the years). But Karl has always been the ultimate multitasker — never attached to the past and always looking to the future.

In the mid '80s when designers started doing their own thing and not following the dictates of fashion which said skirts must be short or skirts must be long, Klensch asked him, "Karl, where do you stand on this skirt length controversy?" He basically rolled his eyes. He later said,"When people talk about the good old days, I say to people, 'It's not the days that are old, it's you that's old.' I hate the good old days. What is important is that today is good." How's that for modern?

Going to a Chanel show was something a fashion person never forgets. Everything about it said chic and luxury, from the ushers who showed you to your seat to the little gift bag of fabulous treats. The sets were beyond anything you can imagine. I've been to Chanel shows with sets that included a lipstick the size of a building, a giant carousel with Chanel bags instead of horses, a working rocket ship, an iceberg brought from and (and returned to) the Arctic, a grocery store fully stocked with customized Chanel items. You felt like no one ever thought about the budget, they only thought about what was the best way to achieve Karl's fantasy. Still maybe the most other-worldly setting for a Karl show was the Fendi show on the Great Wall of China in 2007 which I attended. To see models stroll down this historic and legendary monument followed by Karl with his unmistakeable silhouette topped by the white ponytail was truly beyond any Hollywood movie. It was pure magic.

Seeing Karl take his bow at shows around the world and meeting him at parties or backstage, I still always almost couldn't believe he was real. I got nervous and excited just seeing him. He was that much of a legend.

Lagerfeld was never at a loss for words and while his quotes were sometimes not the most politically correct, they were always quotable. One of my favorite nuggets of his was, "Sweatpants are a sign of defeat. You lost control of your life so you bought some sweatpants." Karl could be brilliant, he could be out-of-touch, but he could never be the worst sin in fashion: boring.

For a large part of his adult life Lagerfeld was overweight and could always be seen flicking his signature fan open and closed as he made his style pronouncements. In 2001 he lost almost 100 lbs and began wearing clothes by his friend Hedi Slimane. He said, "Dieting is the only game where you win when you lose!"

Today the fashion world has come to a stop and fashion creatives around the world have posted tributes to Lagerfeld on social media. Fashion writer Christopher Barnard pointed out that at his debut for Patou in the '50s Lagerfeld was celebrated by legendary Harper's Bazaar editor Carmel Snow, who was born in the 1880s. Flash forward 60 years to last year in Paris where Lagerfeld sat next to Hedi Slimane's debut for Celine, and the late designer sat next to pop queen Lady Gaga, who was born in the '80s. Lagerfeld has literally been a bridge through generations of fashion creativity. And it's not likely we're ever going to see anyone like him again.