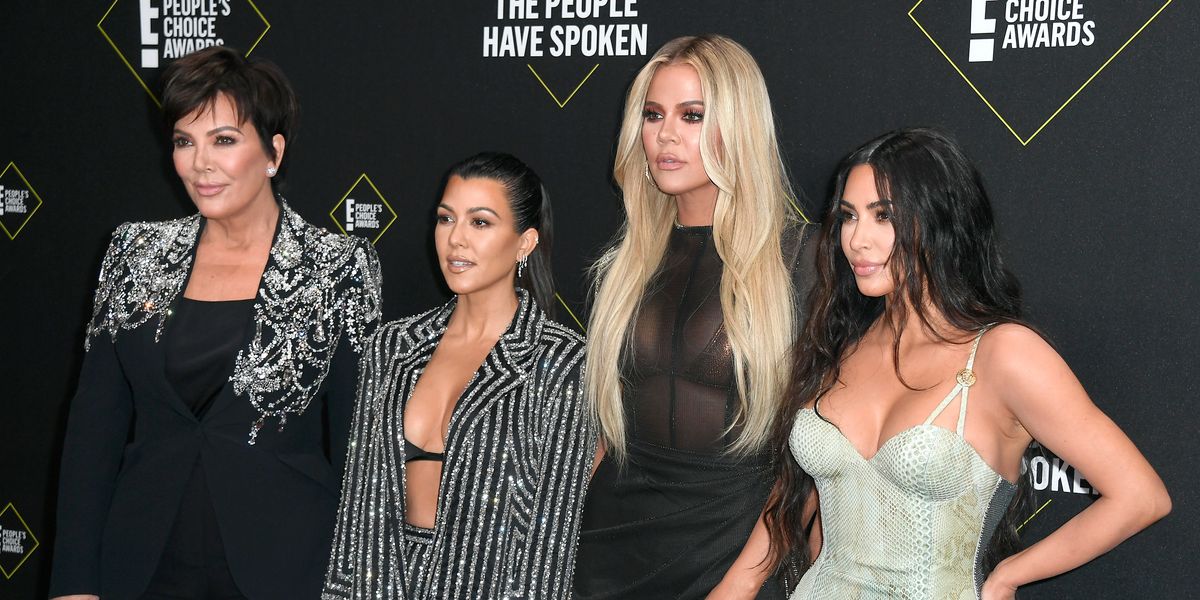 People Are So Bored They're Inventing Kardashian Pregnancies

Kourtney and Khloe Kardashian each a debunked pregnancy rumor today, both apropos of nothing but quarantine boredom.

Tabloids ran with a fake scoop that Khloe was expecting another baby with on-and-off partner and chronic cheater Tristan Thompson, after Gossip of the City gathered compelling evidence like posts of a donut and a pink sunset. Her fans quickly began to express concern that she'd gotten back with her no-good ex. They bought the rumor, given that Khloe previously said on Keeping Up with the Kardashians that she wanted to have a second child with Thompson, and the pair are quarantining together. Khloe said that she "doesn't go on social platforms much these days," but called it a "false story" and argued "if it were true… it's MY LIFE, NOT YOURS."

So you’re telling me Khloe is pregnant AGAIN with a guy who cheated on her TWICE and left her during her first preg… https://t.co/egi4L8Uy08
— lizbeth.bxbyyy (@lizbeth.bxbyyy)1589383049.0

Kourtney waded into the comments to tell off a rando who called baby bump on a photo of the influencer lounging in a bikini. "This is me when I have a few extra pounds on me, and I actually love it," Kourtney snapped. "I have given birth three times and this is the shape of my body."

In gossipers' defense, it's a fertile time. The internet has been one big pregnancy column lately. Aside from Grimes and Chloë Sevigny's new babies, basically everyone in Hollywood is expecting: Gigi Hadid and Zayn Malik, Sophie Turner and Joe Jonas, Katie Perry and Orlando Bloom, Ciara and Russell Wilson, Lea Michele and Zandy Reich, Michelle Williams and Thomas Kail, Domino Kirke and Penn Badgely. We have our pick of rich and famous people's personal lives to obsess over instead of dealing with our own. Personally, I'm most curious about the Hadid-Maliks: whether their baby will be better at singing or modeling, and if it will grow up at the cottagecore paradise in Pennsylvania where the family is quarantining.