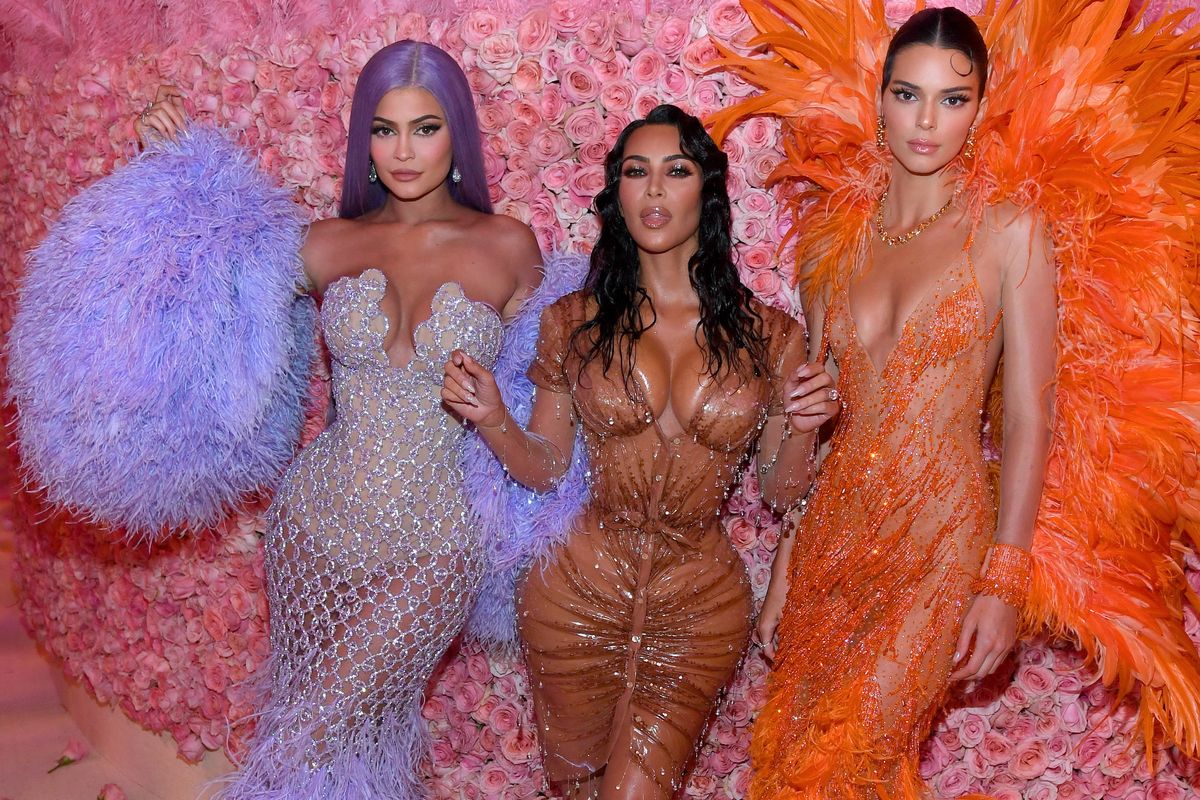 Tragically, only four KarJenners have ever been invited to fashion's night of nights: Kris, Kim, Kendall, and Kylie. The world has thus far been robbed of a Kourtney Kardashian Met Gala Balmain moment (but there's always next year).

But which sister (or momager) does it best? Since 2013 we've been treated to a wide variety of red carpet looks from Calabasas, varying in quality and adherence to those tricky, tricky Costume Institute themes. A definitive ranking of every glittering gown, below.

She's obviously stunning, but Kendall's Topshop gown looks a lot like this off-brand Barbie dress I had as a child. Like, it was a cheap knock-off, not produced by Mattel, and it never fit the dolls' proportions quite right. You get what I'm saying. To be fair, it was her first time on the red carpet.

After being compared to a couch at her first Met Gala, in 2013, Kim played it safe with this Lanvin gown the next year. She looks disgustingly beautiful, but there isn't much drama.

If I had these abs then I'd be into cut-outs, too, but this tiny scrap of Versace definitely has a distinct synchronized swimming team costume energy that doesn't quite work.

It's Balmain, it's very shiny, and that's about it.

Here's Kendall wearing actual lingerie by La Perla. Only Rihanna can get away with this move, unfortunately.

A red Balmain gown to go with that year's Chinese theme, plus a regal wave.

Kendall had this green Calvin Klein moment in 2015, and again a sponsorship deal gets in the way of her having any fun. She was the face of #MyCalvins at the time, which meant she couldn't do much to address that year's "China: Through the Looking Glass" theme.

This chill Vivienne Westwood dress in no way adhered to 2017's Rei Kawakubo/Comme des Garçons theme, and is maybe a tad too casual for the Met Gala.

A Roberto Cavalli naked dress. Beyoncé and J.Lo both rocked the exact same trend that year, so Kim was in good company.

Kylie's pre-billionaire bobbed hair phase! Sometimes I miss it. This was her first Met Gala, and she went with this very passable Balmain look.

Pretty much everyone did some variation on this metallic look in 2016, when the Met Gala theme was "Manus x Machina: Fashion in an Age of Technology." This is Balmain, and it's decent, especially when paired with Kanye's low-key rhinestone cowboy look.

Hands on hips like the boss she is! Kris is wearing Tommy Hilfiger here, and studiously sticking to the Heavenly Bodies theme.

This white Off-White suit looked amazing on video and presumably in person, but unfortunately didn't photograph well. It was a huge step up from Kendall's sponcon looks of previous Galas.

This clever beaded latex Thierry Mugler dress visually matched Kim's dripping wet hair. It was very her, but was it Camp? The ghost of Susan Sontag says no.

Were Kylie and Travis on theme last year? Absolutely not. But they were in love, and very cute. Also, the tiny sunglasses were inspired.

Remember Kim's 2018 Cher phase? This is very that. Out of context this looks fantastic, although last year's red carpet had so many ultra-dramatic looks (Rihanna as the Pope, Katy Perry as an actual arch angel) that it got a bit lost in the mix.

A victory. In matching Versace with Kylie, Kendall was on-theme and looking like a rare rain forest bird.

EXCUSE ME? This is the best she's ever looked. The jumpsuit is Tommy Hilfiger, and Jenner told Vogue she was channeling David Bowie.

I mean... how? It honestly hurts to look. In Versace, Kylie adhered to this year's Camp theme while staying true to her pastel-hued, ultra-contoured self. Bonus points for matching with Kendall and creating many fun Jenner sister photo ops.

It's not your grandmother's Versace. This is about the moment everyone realized how powerful Kylie was. We've pretty much been living in fear ever since.

This was Kim's first Met Gala, and yesterday she recalled how nervous the event made her. This dress quickly became a meme back in 2013, drawing comparisons to living room furniture. In retrospect, though, this is the crucial Kardashian outfit that re-introduced Kim to the world. She married Kanye, swapped the club clothes for Givenchy couture, and never looked back. It's one of her all-time greatest looks.

A baby Kylie leaving a 2014 Met Gala after party.