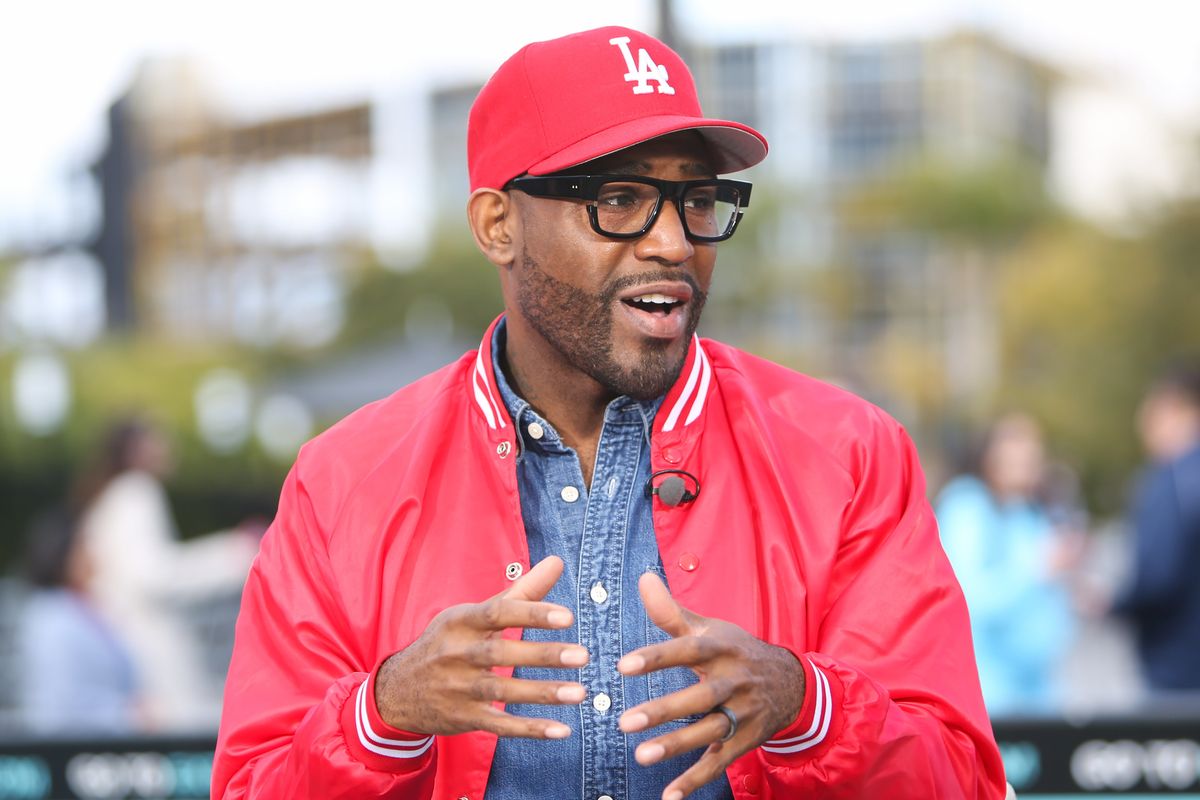 Karamo Brown isn't here for Mario Lopez's comments about young children determining their own gender identity. However, in true Queer Eye fashion, he's making himself available to talk Lopez about why his comments were disparaging.

E! News reports that Lopez made the comments during a June conversation on PragerU's The Candace Owens Show after Owens began talking about celebrity kids telling their parents how they identify.

While talking about Charlize Theron's daughter Jackson, Owens began inserting her own experience as a nanny into the conversation on the pretext that kids do and say all sorts of things.

In response, Lopez said that he didn't want Owens to "lump" him into that group of Hollywood stars.

"I'm kind of blown away too. Look, I'm never one to tell anyone how to parent their kids obviously … I would say if you come from a place of love, you really can't go wrong," he began. "But at the same time, my god, if you're 3-years-old and you're saying you're feeling a certain way, or you think you're a boy or a girl, whatever the case may be, I just think it's dangerous as a parent to make that determination then, 'Ok, well then you're going to be a boy or a girl.'"

Lopez then went on to call it "sort of alarming," adding that, "When you're a kid...you don't know anything about sexuality yet. You're just a kid." He also said that he believes "you gotta be the adult in the situation."

And while Lopez has since issued an apology for his "ignorant and insensitive" words, Brown said he's willing to talk with Lopez about the deeper implications of his comments.

"I'm disappointed to read @MarioLopezExtra comments about parent's who support their child's openes [sic] about their gender identity," Brown tweeted. "As a social worker I am trained to identify abuse or neglect of a child. Healthy & safe dialogue w/ kids is neither abusive, neglectful or 'dangerous.'"

Brown then followed up with another tweet, writing that while he doesn't believe Lopez should be "cancelled," he does think "he should be given the opportunity to learn why his comments are harmful to trans youth and their parents."

I’m disappointed to read @MarioLopezExtra comments about parent’s who support their child’s openes about their gender identity. As a social worker I am trained to identify abuse or neglect of a child. Healthy & safe dialogue w/ kids is neither abusive, neglectful or “dangerous.” https://t.co/aTkL2sLm4u

I don’t think @MarioLopezExtra should be ‘canceled’. But I do believe he should be given the opportunity to learn why his comments are harmful to trans youth and their parents. Mario, I’m ready to talk when you are.