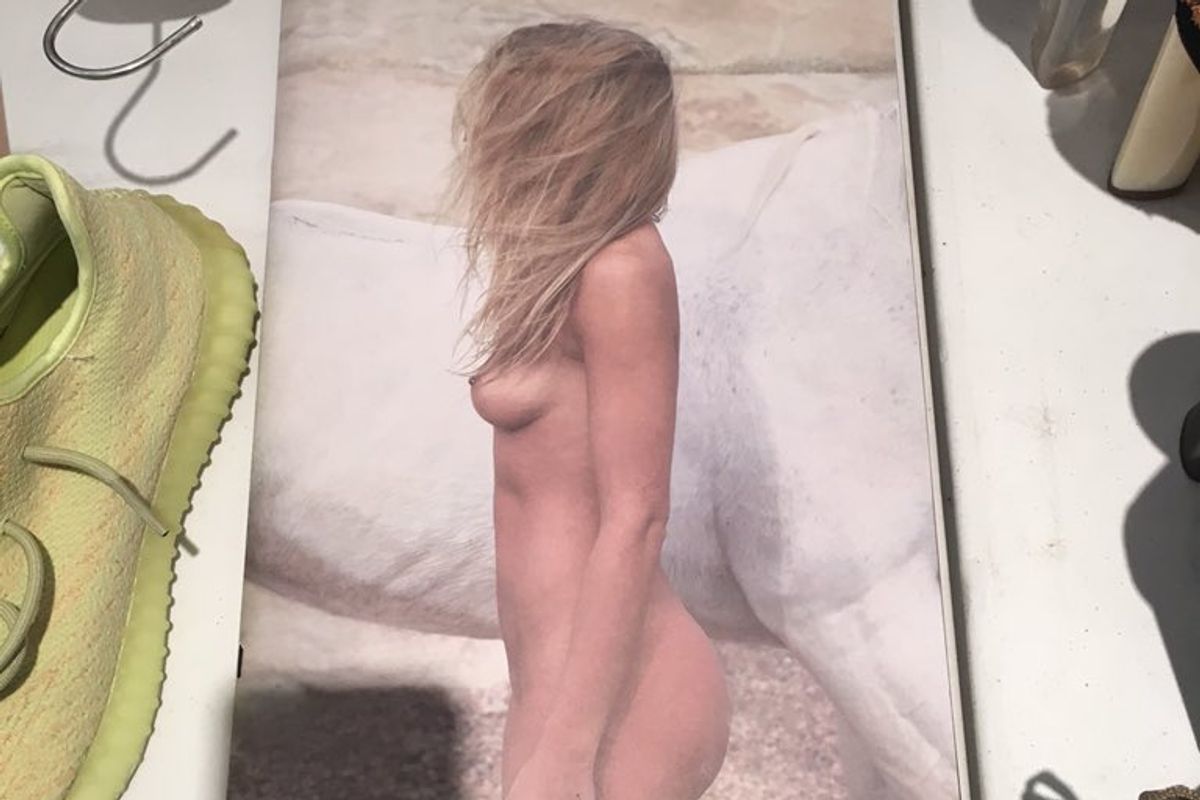 So apparently Kanye's launching his Yeezy Season 2 zine (that's pronounced ZEEN, short for magazine, FYI) with a celebration in a parking garage tonight in NYC.

Yep, you read that right, in honor of a nudie-filled, Jackie Nickerson-shot mag showcasing Yeezy Season 2, Ye is throwing a viewing party at 75 Kenmare Street (8 p.m.!) alongside collaborator Virgil Abloh and Heron Preston, who incidentally released their own zine via a nearby ATM machine earlier this week.

However, the main attraction still has yet to come, as his Yeezy Season 3 event at Madison Square Garden -- which we're expecting to be a dual launch of his new album and Season 3 fashion collection -- is still slated for tomorrow.

Our main takeaway though? If you're going to try and crash any Fashion Week party, this should be the one.