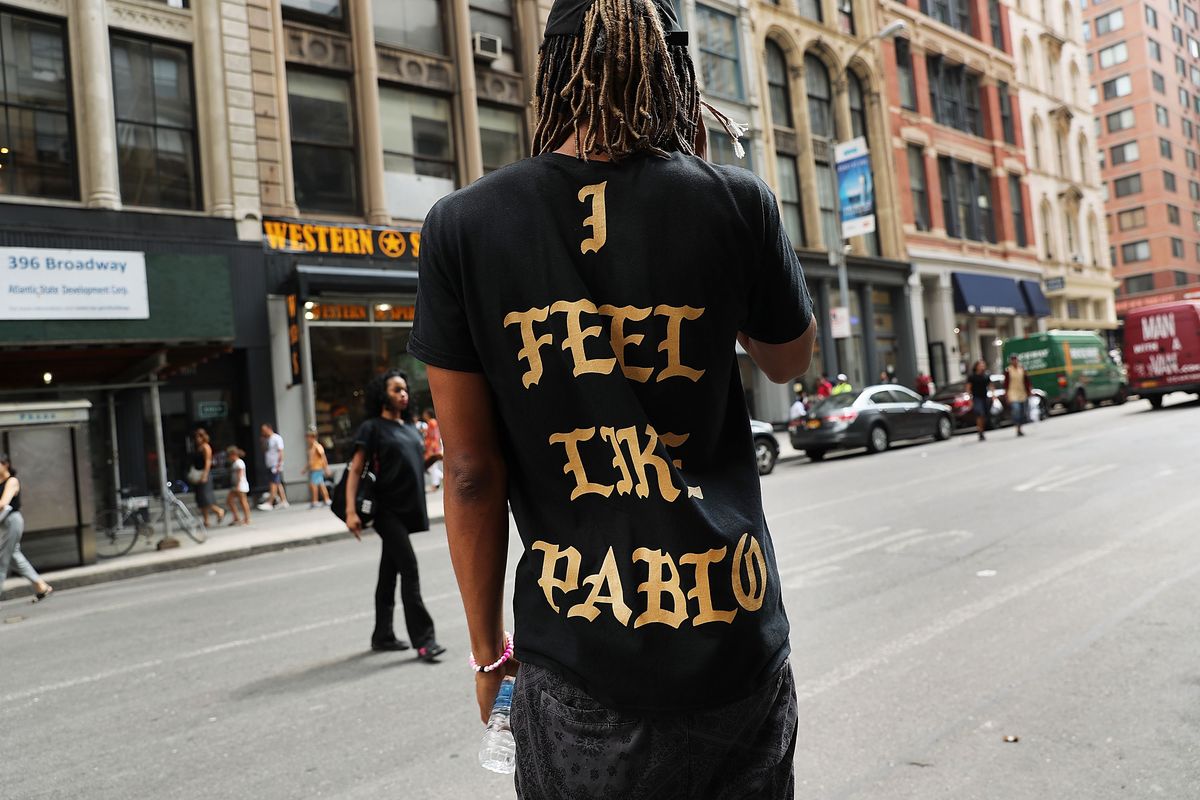 Kanye West's seventh studio album, The Life of Pablo, is infamous for a number of reasons. First, there were the numerous title changes West subjected the record to before landing on its final one, and then, there was the he-said-she-said drama over whether or not he had really cleared that Taylor Swift line with the 1989 artist. Of course, there was the debut "listening party" that doubled as West's presentation for the FW16 iteration of his Yeezy fashion line (the first to be shown at a venue so large), which was then followed by Ye's constant edits and tweaks to the already-released "living breathing changing" album—a decision he's cleverly now using as an excuse to get out of his drama with Jay-Z's streaming service Tidal.

But nothing will compare to the "tour" "merch" he released at various pop-ups around the world last August. Functioning more as a capsule collection of fashionable pieces than a selection of meant-for-bed t-shirts plastered with a blurry picture of the artist on the front and a list of tour dates on the back, Kanye West's rollout for The Life of Pablo gear signaled a sea change for how artists could monetize their memorabilia in the future.

Now, Kanye West is getting the recognition he's always deserved. Each year, London's Design Museum hosts the Beazley Design of the Year Awards, which celebrates innovation in categories like architecture, digital, fashion, graphics, product, and transport. For the museum's 2017 iteration, Kanye West has been nominated in the Fashion category for his "Life of Pablo merch and pop-up stores." Praising it as "the first simultaneous, global pop-up event," the Design Museum applauded both Kanye and his partner for the launch, Mat Vlasic of Bravado, for their visionary work.

Check back in January 2018 to see if Our Lord Yeezus takes home the grand prize.