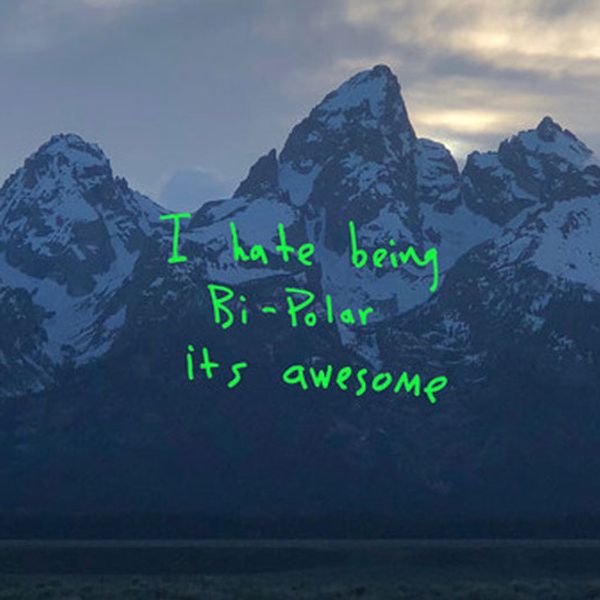 Ye, the album we've been impatiently awaiting since Kanye West's return to Twitter, declaration of support for President Trump, claims about slavery, has arrived. The album art is a photo of the Wyoming mountains, with emblazoned with a handwritten phrase — and Kim Kardashian is here to explain it.

"I hate being Bi-Polar its awesome," reads the cover. While the words initially appear to be West's himself, the phrase can be found across art and merchandise online, and the album's typography specifically can be traced back to street art that proliferated Instagram several years ago. That doesn't mean, however, the album didn't include West's trademark DIY-touch, his wife claims.

Kardashian took to Twitter to reveal that West shot the scenic picture en route to Ye's now-infamous album party. It was taken on his iPhone, a move that echoes his Spike Jonze-directed "Only One" video, featuring a baby North West.

Last month West revealed he planned to put Jan Adams, the doctor who operated on his mother Donda West the day before she died. Adams replied with an open letter asking West to cease and desist.

Listen to the album below.