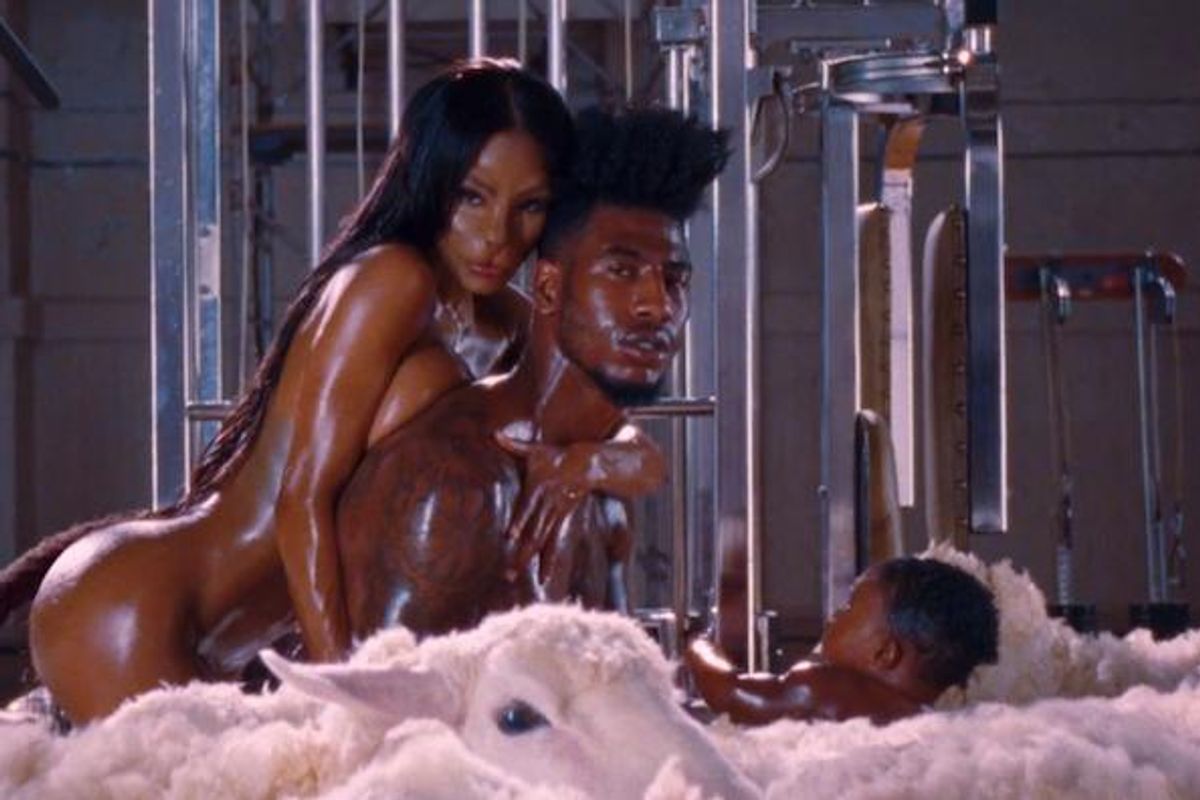 Before premiering his new video, Kanye gave a very-Kanye speech...

Featuring Teyana Taylor serving some serious Flashdance realness as she dances around a gym, the video closes with a brain-searing image of Taylor -- now transformed into a cat -- embracing boyfriend Iman Shumpert. And there are sheep.

The video was directed by Kanye and Eli Linnetz, who also directed the "Famous" video and is exclusive to Tidal.