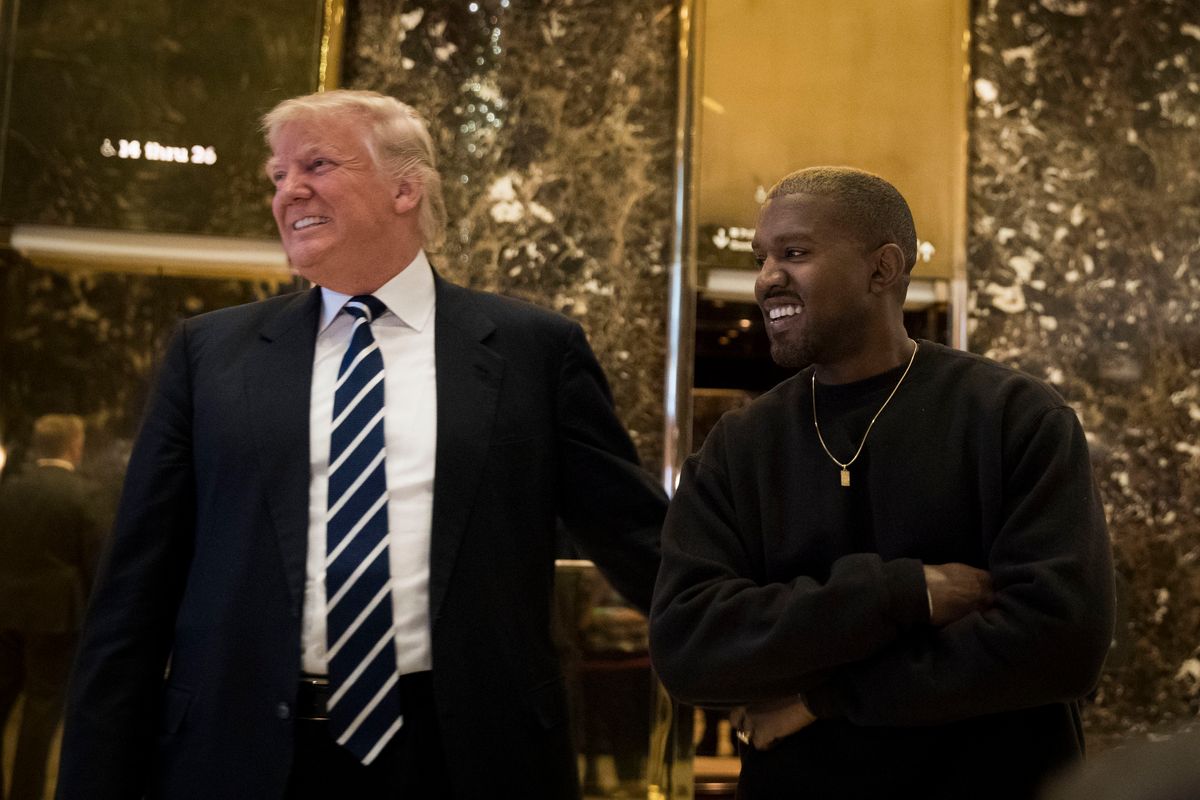 Kanye West's Famous Friends Are Unfollowing Him on Twitter

If you tuned in to social media at any point this week, you might have seen Kanye West's vocal support for Donald Trump, Kim's series of defensive tweets, Donald Trump Jr. declaring his admiration for Kim (#ImWithHer), Trump's gratitude to Kanye, Azealia Banks' takedown of Kim, Chance the Rapper's claim that "Black people don't have to be Democrats," all of which set the Internet ablaze.

Many jumped to a range of conclusions as to why, after DACA, the Muslim Ban, Paris Climate Accord, North Korea, Charlottesville, Russia, Comey, the multiple affairs (the list goes on), West would isolate his demographic by tweeting numerous times praising Donald Trump.

Several celebrities wasted no time waving goodbye to West after he revealed his continued alliance to Trump — including his frequent collaborators — swiftly hitting the "unfollow" button. Rihanna? Done. The Weeknd? No more. Kendrick? Out. Justin Bieber? Bye. Even Nicki Minaj is gone. As is Ariana Grande, Katy Perry, Harry Styles.

ICE T might be done, but John was rearing to go.

I imagine there's some comfort in imagining a future without racism and projecting that onto the present. Thinking… https://t.co/esUaXzuCRh
— John Legend (@John Legend)1524693622.0

Far too many people don't have the luxury of closing their eyes and ears. They feel it in their lives and can't act… https://t.co/SPYDBlzAnj
— John Legend (@John Legend)1524693738.0

Let's all listen to John.

They see the statistics about black applications for real estate or loans or employment being turned away because t… https://t.co/dv0soSxCqZ
— John Legend (@John Legend)1524693932.0

I love that great, brilliant artists have the power to imagine a better future. But artists can't be blind to the truth.
— John Legend (@John Legend)1524694010.0

The defining trait of Trump's campaign and political profile was his embrace of white supremacy. He made it clear… https://t.co/tUsPAI4ryy
— John Legend (@John Legend)1524697885.0

And that's the end of that. Only time — or Twitter — will tell what's next for Kanye.