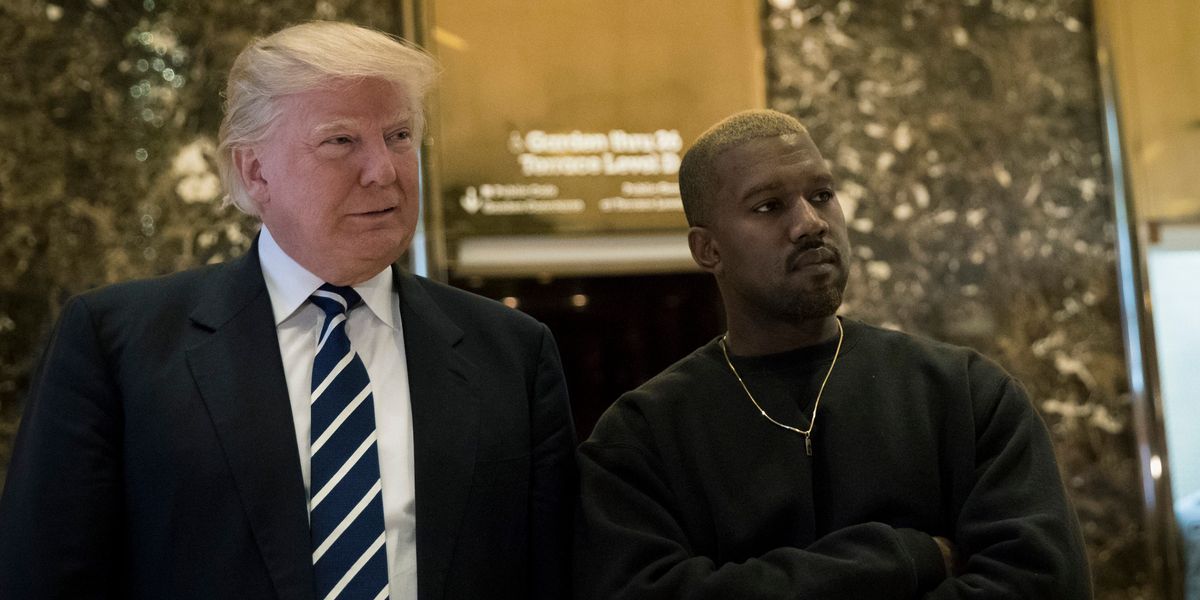 Kanye to Meet with President Trump and Jared Kushner

Are you tired? We're so tired. The world is ending in 22 years, our new Supreme Court Justice is this dude, and Kanye West is doing his Kanye thing. After wearing a MAGA hat on Saturday Night Live and lecturing the audience about his love for Donald Trump, the New York Times reports that Kanye West is headed to the White House to meet with Jared Kushner and to have lunch with President Donald Trump. West previously met with the President at Trump Tower shortly after he was elected.

According to the Times, West plans to follow his wife Kim Kardashian's lead and discuss criminal justice reform with Kushner, focusing on "job opportunities for former convicts." He also plans on discussing the creation of manufacturing jobs in the Chicago area. Trump recently urged the police in Chicago to implement the "stop and frisk" policy to curb shootings in the city. Stop and frisk policies are commonly associated with racial profiling — a mayoral spokesperson in Chicago told the Washington Post that "even someone as clueless as Donald Trump has to know stop-and-frisk is simply not the solution to crime."

Kardashian managed to secure the release of a non-violent drug offender, Alice Marie Johnson, through her meetings with Trump. Hopefully West will have some similar success.